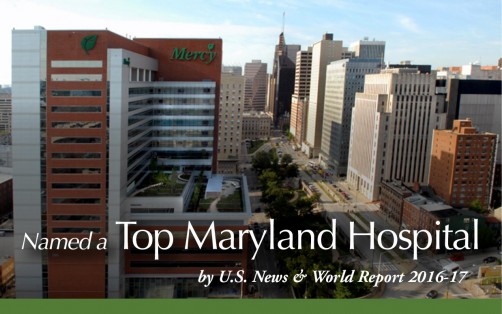 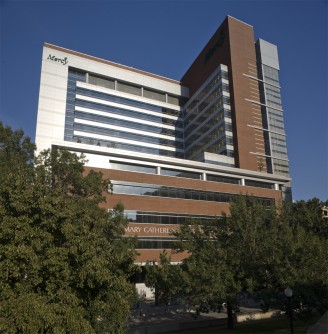 Newswise — (Baltimore, MD) – Mercy Medical Center has been ranked as a top hospital in Maryland for 2016-17 by U.S. News & World Report in its annual “Best Hospitals” edition. Mercy was ranked nationally (47th) as a best hospital for Orthopedics.

“Mercy is proud to be ranked nationally and recognized as high performing as another affirmation of Mercy’s commitment to high-quality health care,” said Thomas R. Mullen, President and CEO of Mercy Health Services. “Mercy’s ranking as third best Hospital in Maryland is evidence of the ongoing efforts of our staff to deliver superior clinical care in a compassionate setting which is the hallmark of the Sisters of Mercy.”

“U.S. News evaluates nearly 5,000 hospitals nationwide,” said Ben Harder, Chief of Health Analysis at U.S. News. “A hospital that emerged from our analysis as one of the best has much to be proud of.”

The U.S. News Best Hospitals rankings, now in their 27th year, help guide patients to hospitals that deliver outstanding care across 25 specialties, procedures and conditions. The Best Hospitals methodologies include objective measures such as patient survival, the number of times a given procedure is performed, infection rates, adequacy of nurse staffing and more.

For 2016-17, 153 hospitals were ranked in at least one specialty, while 1,628 received a high performing rating in one or more specialties, procedures or conditions. In rankings by state and metro area, U.S. News recognized hospitals that were high-performing across multiple areas of care.

According to Mr. Mullen, in addition to this national honor, Mercy in 2016 received redesignation as a Magnet hospital for nursing excellence. For the fifth consecutive year, Mercy received the Women’s Choice Award as one of America’s Best Hospitals for Patient Experience and was named one of the top 100 hospitals in the U.S. by Thomson Reuters. Mercy continues to earn important medical accreditations and awards of excellence.

The U.S. News rankings and methodology re: Mercy Medical Center are available at (http://health.usnews.com/best-hospitals/area/md/mercy-medical-center-6320220.)

Mercy Medical Center is a 142-year-old, university affiliated medical facility named one of the top 100 hospitals in the nation and among 10 best centers for women’s health care. Founded by the Sisters of Mercy, Mercy Medical Center is located in the heart of downtown Baltimore, MD. For more information, visit www.mdmercy.com or call 1-800-M.D.-Mercy. 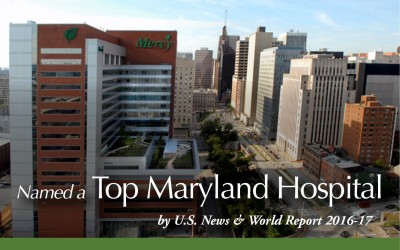 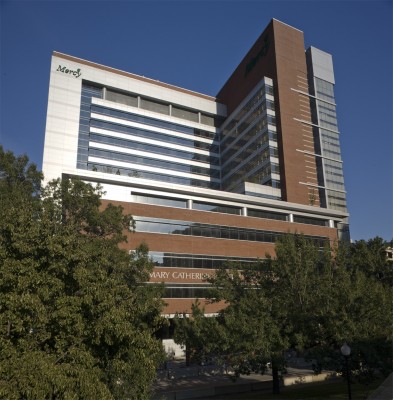