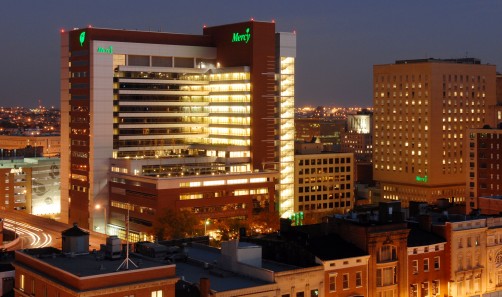 Newswise — Mercy Medical Center has been ranked nationally in three adult medical specialties (Gynecology, Orthopedics, and Neurology/Neurosurgery), named a high performer in six key adult specialties, and further recognized as the #2 hospital in the State of Maryland for 2014-15 by U.S. News & World Report. The annual U.S. News Best Hospitals rankings recognize hospitals that excel in treating the most challenging patients.

“I am very proud that the care that is delivered by our doctors, nurses and staff has resulted in the selection of Mercy by U.S. News and World Report as one of the top ranked hospitals in the region. To be recognized nationally in gynecology, orthopedics, neurology and neurosurgery is a reaffirmation of the Mercy mission to provide high quality medical and health care services for our patients,” said Thomas R. Mullen, President and CEO, Mercy Medical Center, Mercy Health Services.

Mercy was one of only four Maryland hospitals to achieve a national ranking for specialty care. Mercy achieved national rankings in Gynecology (37th), Neurology/Neurosurgery (39th), and Orthopedics (50th).

“This latest recognition caps an incredible fiscal year of accomplishments for Mercy, despite a very challenging environment of health care reform in Maryland and across the country. None of this could have been accomplished without the tremendous cooperation, hard work and extraordinary teamwork of everyone at Mercy,” Mr. Mullen said.

For 2014-15, U.S. News evaluated hospitals in 16 adult specialties and ranked the top 50 in most of the specialties. Just 3 percent of the nearly 5,000 hospitals that were analyzed for Best Hospitals 2014-15 earned national ranking in even one specialty.

“In keeping with the traditions of the Sisters of Mercy, Mercy Medical Center has delivered quality care in a compassionate setting for nearly 140 years. I am very proud that the care that is delivered by our doctors, nurses and staff has resulted in the selection of Mercy by U.S. News & World Report,” said Sr. Helen Amos, RSM, Executive Chair, Mercy Board of Trustees.