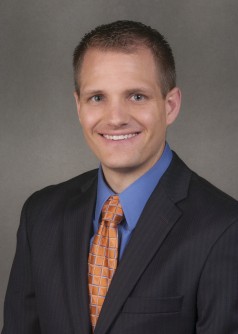 Newswise — Investors want clarity when they decide where to put their money, and a new study from the University of Iowa suggests firms do themselves a disservice when they file poorly written financial disclosure reports.

The study suggests that when would-be investors are confronted with a financial disclosure report that is difficult to read, they look for other sources of news or analysis to help make their decision.

And when that happens, the firm loses control of its message, letting others define its financial situation and future prospects.

“Investors are then more likely to rely on analysts and the business press to learn about the firm, and the firm’s managers won’t be able to frame the narrative in a way that tells investors what they’re doing to improve things in the future,” says researcher Scott Asay, assistant professor of accounting in the Tippie College of Business.

In his study, Asay modified financial disclosure statements of a real company disguised as the fictitious Jackson’s Sports Stores and presented the information to 203 stock traders of various levels of expertise. One group of investors was given a press release written in clear language with information presented in bullet points and tables. The other group received a press release written in jargon, offering little clarity, and presented in a mass of gray text.

Each group was then asked if they would like to see additional information from the company published by independent sources, including financial analysts and Yahoo! Finance writers (this, too, was fictitious and written by the researchers). Some of the reports had more positives than negatives about Jackson’s, others had more negatives than positives.

Asay says the findings are problematic in the short term because analysts and journalists are influencing investors’ opinions of a firm as much as the firm itself. He says that even if firms have bad financial news, they’re better off announcing it in clearly written disclosures because it helps them control their message.

The findings also suggest long-term hazards because investors may not trust the firm’s communications if disclosures are less readable, even if they have good news to share, especially if the analysts and journalists are less optimistic than the firm’s own communications.

“The finding suggests that managers who issue less readable disclosures might undermine their efforts to communicate positive information in the future, even when investors choose not to access outside sources of information,” the study says.

Asay’s study, “Losing Control of the Narrative: How Less Readable Disclosures Drive Investors to Outside Information,” was co-authored by W. Brooke Elliott of the University of Illinois and Kristina Rennekamp of Cornell University. It was presented Jan. 17 at the midyear meeting of the Financial Accounting and Reporting Section of the American Accounting Association in Nashville.