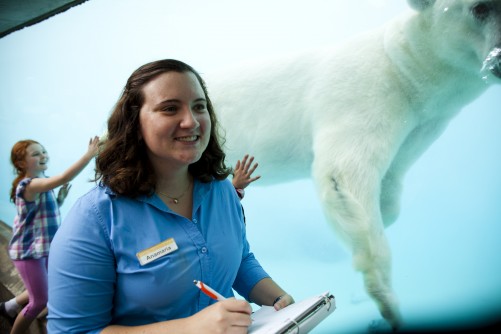 Newswise — More than 1,000 students in the College will work in paid internships this academic year through the Jeff Metcalf Internship Program, a new height for the program that has seen exponential growth since its creation 17 years ago.

The Metcalf interns will spread out across the globe to work for companies and organizations in many fields, gaining professional experience and building their career networks.

“We want to do all that we can to help students in the College make the transition to a career as thoughtfully as possible,” said John W. Boyer, dean of the College. “The Jeff Metcalf Internship Program is decisive in this effort, giving students substantive experience in professional life and work.”

Career Advancement arranges Metcalf internships with hundreds of organizations as varied as Goldman, Sachs & Co., the Metropolitan Museum of Art, and Paramount Pictures, ensuring that students get relevant work experience and are paid for their efforts.

University alumni have been critical in the growth of the program, donating to the program and hosting interns in their workplaces. Alumni also volunteer to review resumes and often serve as preliminary interviewers for employers.

Career Advancement has helped the Metcalf internship program expand by cultivating relationships with hundreds of local, national and international employers. Employers now come back year after year for UChicago interns.

“UChicago interns and the Metcalf program have a strong reputation with employers, and the momentum of the program brings more employers and opportunities each year,” said Meredith Daw, assistant vice president for Enrollment and Student Advancement and executive director of Career Advancement.

Many of the internships now take place overseas, giving ever-larger numbers of students exposure to the international marketplace. Nearly 100 students will work in China this year, more than the number of UChicago interns in Washington, D.C.

Di Ai, a fourth-year student in mathematics, economics, and statistics, is going to Hangzhou, China to explore green technology at the Wanxiang Corporation.

“I was undecided on my career goals for most of college,” he said. Last summer he interned at a hedge fund in London and at Google in San Francisco. Through the internships and other Career Advancement programs, he discovered that he would prefer to work in the technology sector.

Ai said that exploring career options, rather than working in an unrelated or unskilled job to earn money over the summer, was a huge benefit to his education and his future career plans. “I think that’s what an internship is for,” he said.

Third-year Natali De Corso landed an internship in Los Angeles the summer after her second year in the College, at the Getty Conservation Institute. As the Getty’s first Metcalf intern, she wrote articles about their conservation projects and updated their social media networks.

She says she gained valuable experience and contacts for her future career. “One practical thing I got from the internship is a collection of writing samples that I can now use in job interviews,” she said.

For its part, the Getty has hired another UChicago intern this summer.

With the exponential growth of the Metcalf program, nearly 20 percent of students in the College will work a paid, substantive internship this year. The focus on paid internships is a central part of the program, as paid interns are more likely to be offered jobs than unpaid interns.

The Metcalf Internship Program began in 1997 to honor the legacy of Harold “Jeff” Metcalf, AM’53, who was Dean of Students at the Graduate School of Business (now Chicago Booth) from 1956 to 1975. His dedication to helping students is now reflected in the strong alumni support for the Metcalf program.

Many of the internships are funded through generous alumni donations, especially in non-profit or artistic organizations that don’t usually offer paid internships.

“My Metcalf internship not only helped me to define my career goals but also was the bridge to my first full-time position,” said Lauren Henry, AB’05, who interned at the Chicago Symphony Orchestra in 2004. Her first job after graduation was at the Philadelphia Orchestra, and she now works in Alumni Relations and Annual Giving at Carnegie Mellon University.

“The University and its alumni are dedicated to this program, and to contributing to the learning and success of the next generation of Metcalf interns,” Daw said.