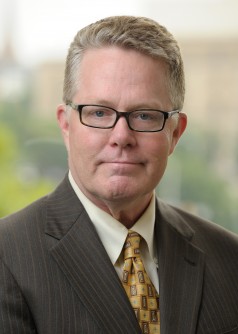 Newswise — The Coriell Institute for Medical Research is deeply saddened to announce the sudden passing of its President and CEO, Michael Christman, PhD.

A consummate academic, Dr. Christman dedicated his life to science. Dr. Christman joined the Coriell Institute for Medical Research as its President and Chief Executive Officer in 2007.  In his time at Coriell, Dr. Christman continued the legacy of the Institute’s founder, Dr. Lewis Coriell, through his commitment to innovation and excellence.

Dr. Christman oversaw Coriell’s world-renowned biobank, which distributes biological specimens to thousands of researchers and clinicians around the globe. Thanks to his early efforts, stem cell research also became a pillar of the Institute’s mission. Coriell remains one of the most trusted providers of human induced pluripotent stem (iPS) cells. These adult stem cells, created from blood or skin samples, are valuable tools in disease research and therapeutics.

At Coriell, Dr. Christman also made a significant impact by founding the Coriell Personalized Medicine Collaborative (CPMC), an ongoing research initiative focused on determining the utility of genomic information in clinical care. The CPMC has been at the forefront of the personalized medicine movement, and this is largely due to Dr. Christman’s vision and foresight.

The CPMC has recruited thousands of participants from across the nation, who have submitted their DNA samples and provided extensive information about their family medical histories and lifestyles. Researchers then use this information to inform participants about their risk for certain complex diseases and how their bodies respond to certain drugs. Now in its 10th year, the CPMC continues to recruit and educate participants about their personal genetic makeup and risk for disease. This project has resulted in numerous peer-reviewed publications, including insights into how participants utilized and acted upon the genetic information and risk reports shared with them.

“The importance of Dr. Christman’s impact not only on the Coriell Institute, but personalized medicine as a whole cannot be overstated,” Robert Kiep, III, the chairman of the Coriell Institute Board of Trustees, said. “It was his initiative that got this project off the ground and his guidance that turned it into the unequivocal success that it is today. His death is a terrible loss for us all.”

In his time at Coriell, Dr. Christman continued the Institute’s legacy and commitment to scientific education. Coriell continues to host the Coriell Institute Science Fair, one of the largest fairs of its kind in southern New Jersey, now in its 37th year. In addition, Coriell sponsors a summer internship program where local students learn firsthand what it is like to work as a scientist. Dr. Christman was a strong advocate for continuing Coriell’s educational programs and was a mentor to these students.

As an enterprising businessman, Dr. Christman was also instrumental in co-founding Coriell’s for-profit company, Coriell Life Sciences, where he served as chairman of the Board of Directors. Coriell Life Sciences specializes in pharmacogenomics, the science of understanding an individual’s response to medications given their genetic makeup. The company has received many prestigious accolades including the IBM Entrepreneur of the Year award.

Dr. Christman was a treasured colleague and trusted advisor. His immeasurable contributions will continue to secure Coriell’s legacy as a leader in the fields of personalized medicine, stem cell research, and biobanking.

About the Coriell Institute for Medical Research

The Coriell Institute is a global leader in understanding how our personal genomes affect our health. Coriell is recognized as one of the world's leading biobanks, distributing biological samples and offering research and biobanking services to scientists in 85 countries around the globe. Coriell is the trusted steward of world-renowned collections for the National Institutes of Health, disease foundations and commercial clients. A pioneer in genomics, Coriell is examining the utility of using personal genetic information in clinical care through the Coriell Personalized Medicine Collaborative (CPMC) research study (cpmc.coriell.org). The Institute is also unlocking the promise of induced pluripotent stem cells and their role in disease research and drug discovery. For more information, visit www.coriell.org, like us on Facebook or follow @Coriell_Science on Twitter.