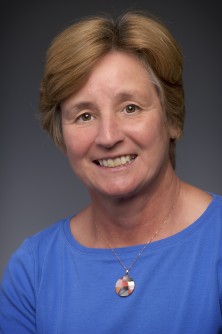 Michele Dillon, a scholar of Catholicism and professor of sociology at the University of New Hampshire

DURHAM, N.H. – As Pope Francis marks the fifth anniversary of his election, Michele Dillon, a scholar of Catholicism and professor of sociology at the University of New Hampshire, can provide insight into his time at the Vatican: his popularity with Catholics and non-Catholics alike, his more liberal gestures and merciful causes – and the political polarization they are fueling - as well as his inability to move the needle on issues like sex abuse, clericalism, and the role of women in the church.

Dillon can talk about the Pope’s impact on the church, the so-called “Francis Effect”. He has a legacy of firsts - first Latin American pope, first Jesuit, first to take a name of a saint of the poor, and first to forgo the lavish living quarters of the Vatican. He has embraced issues of social justice visiting with the poor and prisoners and has tried to be mindful of the moral obligation that all people have to create a more inclusive and sustainable society. However, despite his role as an unlikely global star, there has been tension from conservative bishops and Catholics and Dillon cautions against generalizations that claim a Francis Effect.

Dillon specializes in religion and culture, with particular interests in autonomy and authority in the Catholic Church, and the moral politics surrounding abortion and gay marriage. Author of the recent “Postsecular Catholicism: Relevance and Renewal”, she has written extensively on Catholicism in the United States and elsewhere, and has been especially interested in the institutional and cultural processes that enable Catholics who selectively disagree with aspects of Catholic teaching to remain loyal to Catholicism. She also has examined the political engagement of the Catholic Church, and of other churches and activist organizations, in public moral debates in different western countries. She is also the author of "American Catholics in Transition”, "In the Course of a Lifetime: Tracing Religious Belief, Practice, and Change” and "Catholic Identity: Balancing Reason, Faith, and Power”.

UNH has a studio facility on campus equipped with both an ISDN line for radio interviews and a ReadyCam® set up for on camera TV interviews.

PHOTO Michele Dillon, a scholar of Catholicism and professor of sociology at the University of New Hampshire. LINK: https://www.unh.edu/unhtoday/sites/default/files/media/dillon_2016.jpg