Newswise — Christopher Tschirhart, 61, has wrangled cattle all his life. He gets more accomplished before sunrise than many achieve in a day. His Imlay City horse and cattle farm requires attention day and night.

He doesn’t like to ask for help. But, thanks to regular annual check-ups with his doctor, he’s known that one day he would need help with his heart.

Tschirhart’s family doctor discovered a heart issue during a regular exam about a decade ago.

“I just thought I was aging faster than my friends … not realizing that it was because I was born with a defective heart valve,” Tschirhart said.

When the valve finally needed to be replaced, Tschirhart feared a surgeon would need to crack his chest open.

“I was really worried about it. I know a number of people who had the surgery where they split you down the center of your chest, including my own father,” Tschirhart said. “I knew the recovery time was long.”

The cowboy also knew he needed to literally get back in the saddle on his horse farm as soon as possible. His animals and his customers were counting on him.

So, his family doctor referred him to Marc Sakwa, M.D., chief, Cardiovascular Surgery, Beaumont Hospital, Royal Oak. Dr. Sakwa conducted some tests and talked to Tschirhart about the options to replace the valve.

“When he came in, he explained that he didn’t need to split me open. He could do a less-invasive procedure. I thought that sounded good,” Tschirhart said. “It was great to know that Dr. Sakwa had access to my medical records and could easily pull them up on his computer.”

Dr. Sakwa explained with a minimally invasive surgical option, he could replace the valve with a small two to three-inch incision. This would allow for a speedier recovery and help Chris return to everyday activities sooner than traditional open-heart surgery.

The surgery went well. Tschirhart was up and walking the next morning and back home on the ranch a few days later. He completed cardiac rehab and then doctors determined his daily chores on the farm were more than enough exercise.

“People are blown away when they find out I had surgery just a few months ago. People I haven’t seen in a while can’t believe the color I have in my skin now and how much energy I have,” he said. “I was shocked how fast I was able to come back to work on the farm.”

When his friends ask to see his scar, they have trouble seeing it. “You can hardly notice the scar. You don’t even see it. It’s such a tiny thing,” he said. “Next year, you probably won’t even notice there’s a scar there.”

Even though the scar is small, the surgery made a huge change in Tschirhart’s life. “I have the energy now that I didn’t realize I was missing before and can run circles around my friends now,” he said. 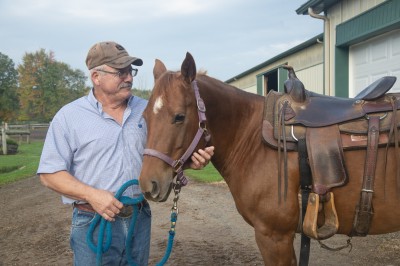 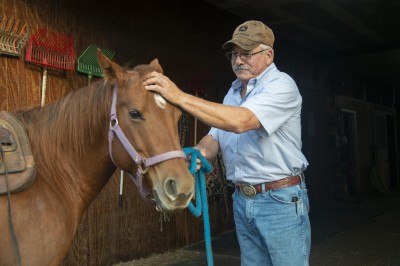 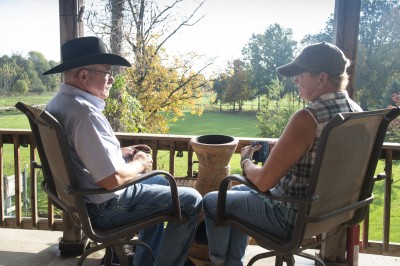 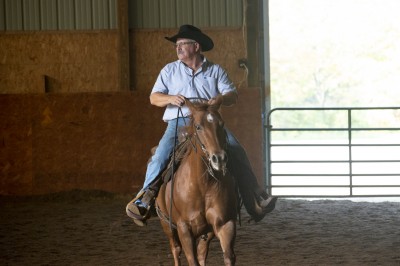 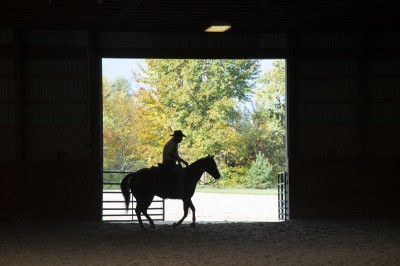 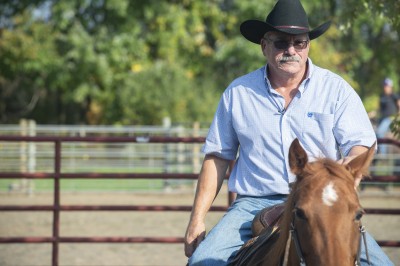 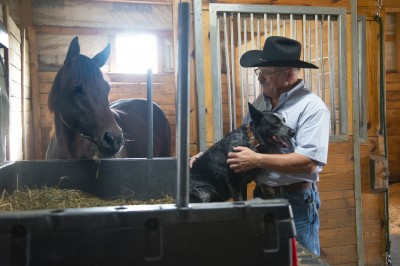 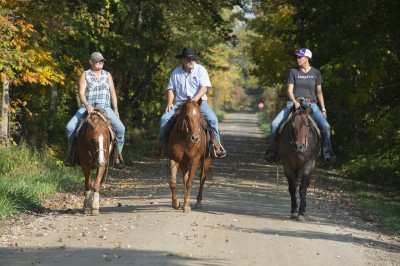 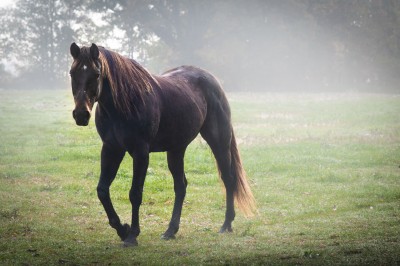 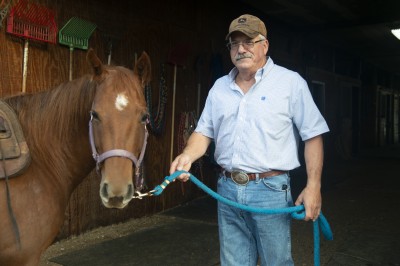 Caption: Michigan cowboy back in the saddle after heart surgery saves his life