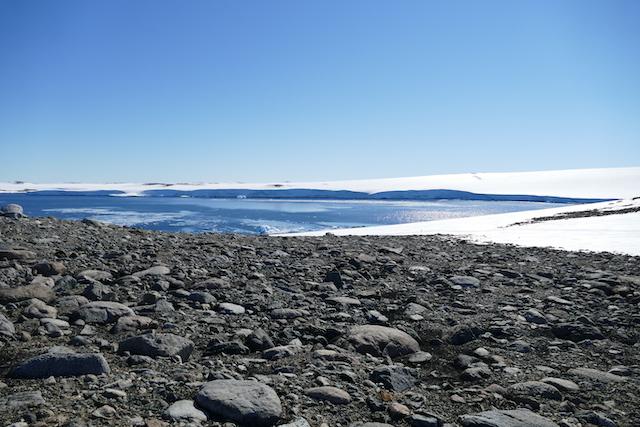 Robinson Ridge in the Windmill Islands, east Antarctica. This is the site where UNSW researchers first discovered air-eating bacteria. 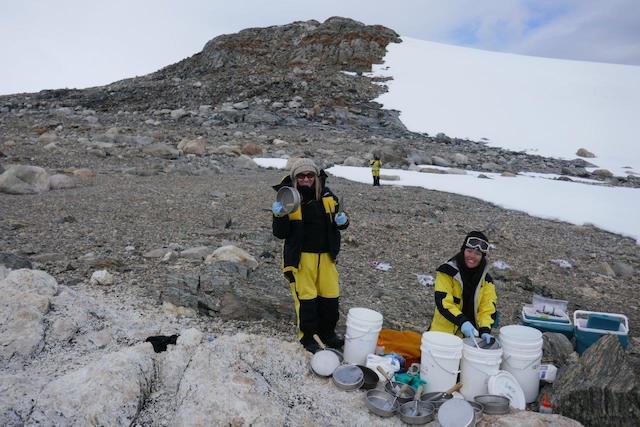 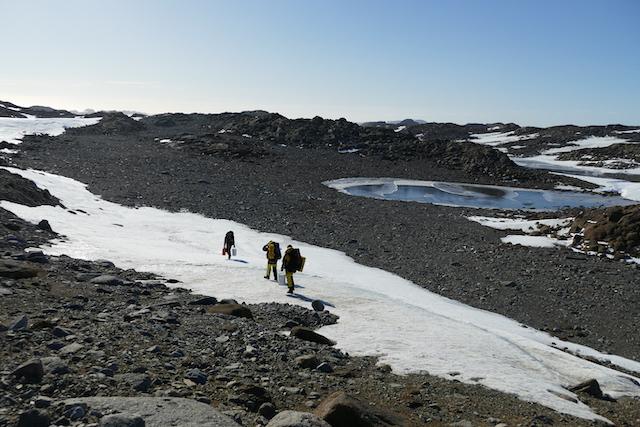 Newswise — In their first follow-up to a high-profile 2017 study which showed microbes in Antarctica have a unique ability to essentially live on air, researchers from UNSW Sydney have now discovered this process occurs in soils across the world's three poles.

Specifically, researchers found the target genes responsible for the atmospheric chemosynthesis phenomenon they discovered are abundant and widely distributed in the polar soils of the Antarctic, Arctic and Tibetan Plateau in the Hindu Kush-Himalayas.

The new research was published in the journal Frontiers this month and was a collaboration between UNSW, the Australian Antarctic Division and China's Institute of Tibetan Plateau Research.

The study's senior author Associate Professor Belinda Ferrari, of UNSW Science, said living on air was such a minimalistic way to survive that their findings lent further potential for microbial life to exist on other planets.

"This is what NASA's Mars 2020 Perseverance Rover is aiming to do - to search for signs of ancient microbial life in core samples of Martian rock and soil," A/Prof Ferrari said.

"A future mission will take the samples back to Earth and NASA scientists will analyse the soil in a similar way we do, to try and see whether there are any indicators of life."

A/Prof Ferrari said the researchers' findings meant that microbes which use trace gases as their energy and carbon source to grow - unlike photosynthesis which uses light - was not a process isolated to Antarctica.

"There are whole ecosystems probably relying on this novel microbial carbon fixation process where microbes use the energy obtained from breathing in atmospheric hydrogen gas to turn carbon dioxide from the atmosphere into carbon - in order to grow," she said.

"We think this process occurs simultaneously alongside photosynthesis when conditions change, such as during the polar winter when there is no light, but we aim to confirm this hypothesis in the next stage of our research.

"So, while more work is needed to confirm this activity occurs globally, the fact that we detected the target genes in the soils of the three poles means this novel process likely occurs in cold deserts around the world, but has simply been overlooked until now."

Researchers analysed 122 soil samples from 14 terrestrial cold desert sites across Antarctica (Windmill Islands and Vestfold Hills), the high Arctic and Tibetan Plateau, which they collected between 2005 and 2019.

The study's lead author, UNSW PhD candidate Angelique Ray, said one of the big questions the team had when they finished their previous study was whether this new process of atmospheric chemosynthesis - also known as carbon fixation or carbon sink - was similarly occurring in other places around the world.

"So, this time we did a global study. We collected the top 10-centimetre layer of soil from various sites at the three poles, which is the depth where most of the organisms we study are found," she said.

"The ground at those locations is completely frozen for most of the year - and there's not a lot of soil because it's mostly rock."

The researchers extracted DNA from the soil samples and then sequenced the DNA to detect the target genes responsible for the process of carbon fixation.

Ms Ray said the scientists also conducted environmental analyses of each location to gauge the conditions under which the microbes lived.

"By looking at the environmental parameters in the soil, that's how we knew there was low carbon, low moisture and other factors at play," she said.

"So, we correlated the target genes for the carbon fixation process against the different sites and found the locations which are drier and lower in nutrients - carbon and nitrogen - had a greater potential to support this process, which made sense."

A/Prof Ferrari said the researchers' findings would change the way scientists thought about the limitations required for life to exist, as well as how microbiology was taught.

"By investigating places outside Antarctica, we can determine how significant the contribution of this new form of chemotrophy is to the global carbon budget," she said.

"Before we discovered this new carbon sink process, the two main known chemotrophic forms were photosynthesis and geothermal chemotrophy - the latter is where bacteria harness inorganic compounds like hydrogen sulfide to fix carbon.

"But now we have found the genes involved in this process are abundant in cold deserts, although we are yet to study hot deserts, our finding probably indicates atmospheric chemosynthesis is contributing to the global carbon budget."

A/Prof Ferrari said it was likely the bacteria which survived on nothing but air had become key players in the environments in which they lived.

"A lot of these ecosystems are quite dry and nutrient poor - so, these locations are mostly dominated by bacteria," she said.

"Particularly at the original east Antarctic sites we studied, there is not much else there apart from some mosses and lichens (fungus).

"Because these bacteria have adapted to survive and have the ability to use trace gases to live, their environment has selected them to become significant contributors to their ecosystems."

"As part of the next phase, we aim to isolate one of these novel bacteria in the laboratory - to obtain a pure culture," she said.

"This is difficult because the bacteria are used to growing on very little and an agar plate is different to their natural environment.

"Hopefully then, we can fully understand the conditions these bacteria need to carry out this unique process of living on air."

Caption: Robinson Ridge in the Windmill Islands, east Antarctica. This is the site where UNSW researchers first discovered air-eating bacteria.