Study identifies differences in gut microbiome composition in physically high-functioning vs low-functioning older adults, successfully transfers some of these effects into mice 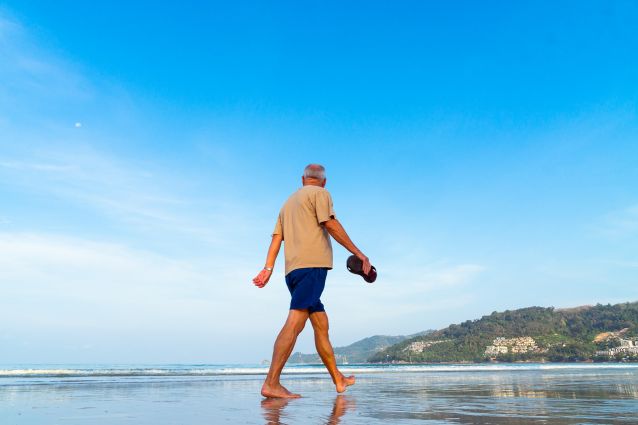 New study identifies differences in gut microbiome composition in physically high-functioning vs low-functioning older adults, successfully transfers some of these effects into mice

Newswise — BOSTON (Sept. 18, 2019)—A novel new study suggests that the gut microbiome has a role in mechanisms related to muscle strength in older adults. The work, led by researchers at the Jean Mayer USDA Human Nutrition Research Center on Aging (HNRCA) at Tufts, is available as a pre-proof in advance of print in Experimental Gerontology.

To gain insight into this population, the researchers compared bacteria from the gut microbiomes of 18 older adults with high-physical function and a favorable body composition (higher percentage of lean mass, lower percentage of fat mass) with 11 older adults with low-physical function and a less favorable body composition. The small study identified differences in the bacterial profiles between the two groups.

No significant differences in body composition or endurance capacity were observed in the colonized mice; however, the researchers note that the length of the intervention period was short and these data may warrant further study.

“While we were surprised that we didn’t identify a role for the gut microbiome on the maintenance of body composition, with these results we now start to understand the role of gut bacteria in the maintenance of muscle strength in older adults,” said Michael Lustgarten, last and corresponding author on the study and a researcher in the Nutrition, Exercise Physiology & Sarcopenia (NEPS) Laboratory at the HNRCA. “For example, if we were to conduct an intervention to increase Prevotella levels in the gut microbiome, we would expect to see an increase in muscle strength if these bacteria are involved. Prevotella’s role in the maintenance of muscle strength in older adults is one area we expect to continue to explore.”

“As we age, body composition, muscle strength, and lean mass all decrease,” said first author Roger Fielding, director of the NEPS Laboratory at the HNRCA. “Identifying differences in bacteria present in the high-functioning and low-functioning groups in this study moves us toward a fuller understanding of both the gut microbiome and healthy aging.”

For the study, the researchers measured lower extremity function, mobility, and strength in the sedentary older adult group (ages 70-85) at the first and one-month study visits. In the mice, they measured body composition with quantitative magnetic resonance imaging, and grip strength and treadmill endurance capacity to test physical function. Fecal samples from the older adults were transplanted into young, gender-matched germ-free mice. Four weeks after fecal transfer, the researchers measured body composition, physical function, and gut microbiome in the 18 mice colonized with fecal samples from the high-functioning human group and the 18 mice colonized with fecal samples from the low-functioning human group.

For three decades, the Jean Mayer USDA Human Nutrition Research Center on Aging at Tufts University has studied the relationship between good nutrition and good health in aging populations. Tufts research scientists work with federal agencies to establish the Dietary Guidelines, the Dietary Reference Intakes, and other significant public policies.