Most people seem to dread "middle age," but what exactly is it? When does it start? When does it end? Florida State University sociologist Anne Barrett finds this mythical milestone often has little to do with age at all. 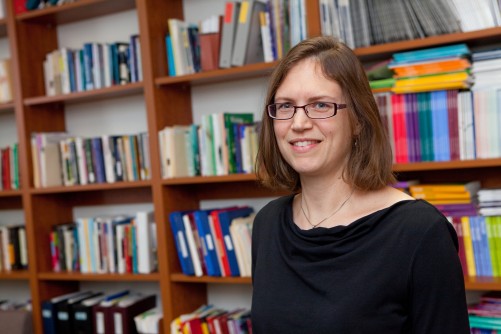 According to Anne Barrett’s research, most people think of middle age as beginning at 44 and ending at 60.

In a youth-obsessed culture, nobody likes to think they’ve reached that murky milestone known as “middle age.”

In a paper published in the journal Advances in Life Course Research, Florida State University researcher Anne Barrett examines how people view the start and end of middle age.

The topic intrigued the 41-year-old associate professor of sociology at Florida State’s Pepper Institute on Aging and Public Policy (who views herself as middle-age, by the way) because “there are so few clear markers of its boundaries, unlike adulthood or old age.” Few studies have examined people’s views of middle age compared to young adulthood or old age.

So Barrett and graduate student Erica Toothman combed through two waves of nationally representative data collected in the United States in 1995-1996 and 2004-2006 that examined how various factors influence people’s views of the timing of middle age.

The findings in their paper — “Mapping Midlife: An Examination of Social Factors Shaping Conceptions of the Timing of Middle Age” — are important for several reasons, mainly that they reflect an ongoing gender bias as well as perceptions of earlier onset of mid-life among the economically disadvantaged.

Here are some key findings:

It turns out that we’re in what Barrett describes as “the curious position of wanting to live a long life but knowing it requires moving into the most devalued stage of life — late old age.”

Over the years, Barrett has increasingly focused her research on how and why age inequality persists when it’s in everyone’s best interest to challenge the “devaluation” of older adults and old age. She also wondered what strategies people use to retain positive views of themselves as they age.

Some people maintain a younger “age identity” than their actual chronological age, Barrett said, such as a 60-year-old who says she feels a decade younger.

“We could interpret this perception as a way a person promotes a more positive self-image in a culture that celebrates youth and devalues old age,” she said.

As members of the perpetually youthful baby boomer generation confront old age — and perhaps find even more creative ways to alter their age identities and their views of middle and old age — Barrett’s research is particularly timely.

Barrett and Toothman are currently conducting another study that looks at the health consequences of these conceptions of middle age.

And just when does middle age begin and end? Though there’s no hard data that clearly defines the bookends of mid-life, it seems we have a pretty good idea about when it’s time to view our youth from the rearview mirror.

According to Barrett’s research, most people think of middle age as beginning at 44 and ending at 60.