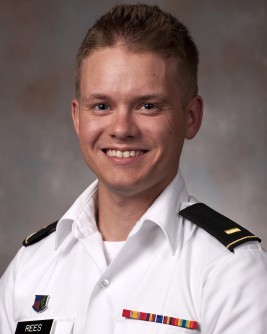 Army 2nd Lt. Donald Rees, a fourth-year medical student at the Uniformed Services University of the Health Sciences, helped save the life of a Texas woman using bystander CPR. 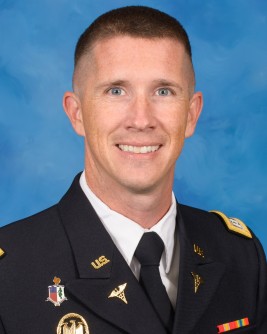 Army Capt. (Dr.) Jason Ausman used CPR to save the life of a Texas woman on Veterans Day.

Army Captain (Dr.) Jason Ausman was among the nation’s military service members and civil servants who were off work on Friday, Nov. 10, for the Federal observance of Veterans Day.  He was taking advantage of the break and having breakfast with his wife and friends from the Uniformed Services University of the Health Sciences (USU) in Bethesda, Md., who were also down in Texas.

The four had just ordered breakfast when they heard someone several tables away in the restaurant yelling, “Help!  My mom is dead.  I need a doctor.”  Ausman and Rees sprang from their seats and ran over to find Anita Boucher, 64, pale and lifeless in her chair.

Boucher was not breathing, nor did she have a pulse when Ausman and Rees checked.  The pair asked a member of the restaurant staff to call 911.

Boucher’s son, Lance, thought his mother was already dead, but that didn’t deter Ausman and Rees. They lifted Boucher down to the floor and Ausman began a more thorough assessment, stabilizing her cervical spine and ensuring her airway was open while Rees began cardiopulmonary resuscitation.

Rees did chest compressions for several minutes, while Ausman attended her airway before Boucher finally began breathing and opened her eyes.  She was confused, still pale, and barely had a pulse.  Rees and Ausman stayed with her until the EMS team arrived, then briefed them about what had happened and the actions they had taken.  One of the medics saw Rees’s Department of Defense ID card when he asked for his identification and said, “Look, this guy is an Army medic.” Rees tried to clarify that he was a medical student and didn’t graduate until May, but it was lost as the EMS team left the restaurant.  Boucher was taken to the hospital, where she was admitted to the intensive care unit.

The Army officers went back to eating their breakfasts as if nothing had happened, while customers “high-fived” them on the way to their table.  Meanwhile, unbeknownst to Ausman and Rees, the manager was looking for them, unaware they were still in the restaurant, to say thanks.  Boucher’s son also wanted to offer his thanks, but had not gotten their names.  All he knew was one was an Army doctor from Fort Hood, so he turned to the media to find out if anyone knew who they were.  Soon, the local media was aiding in the search for the mystery “hero” who had saved Boucher’s life.

For Ausman, it was déjà vu all over again.

Three years earlier, shortly after finishing his first year in medical school, Ausman and some of his medical school classmates were getting ready to enjoy a day off at a local Maryland go-kart track when they noticed a man suddenly collapse.  Ausman rushed over to help the man, who had no pulse and was not breathing.  He started chest compressions and continued until the paramedics arrived.  They confirmed Ausman’s suggestion of cardiac arrest, and administered life-saving support with a defibrillator while he continued chest compressions.  Eventually the man’s heart began to beat again and he was taken to the hospital.  Ausman and his friends went on to enjoy their time at the speedway.

After a week in the hospital, the man reached out to the go-kart track to see if they knew who had saved his life.  The manager had no idea, but contacted dozens of the riders who had registered that day, asking if any had performed CPR at that racetrack.  They finally reached Ausman, who responded and gave them permission to share his contact information with the man.  Within a few days, he received an emotional message from the grateful man.  “Considering the type of heart attack I had, the normal survival rate is about two percent for an out-of-hospital attack,” he said.  “The circumstances that allowed our paths to cross and your actions are as big as life itself.  Just to say ‘thank you’ seems insignificant for what you did for me.”  He went on to say that his friends told him that only 30 seconds lapsed between the time he passed out and when Ausman was there to assist.  “I am very lucky to be alive today.”

For Rees, the scenario was also slightly familiar.  A couple of weeks earlier, he completed USU’s Military Contingency Medicine course and its field practicum, “Operation Bushmaster,” which puts fourth-year medical students in a field environment for a week-long exercise to challenge and test their military medical and leadership skills under austere and often chaotic conditions.  Part of the course was Advanced Trauma Life Support and many of the scenarios involved saving lives.

“This experience was surreal. This was not a training environment, I definitely felt a difference.  And for me at least, this was the first time in medicine that we were the most qualified people in the room, which is interesting considering I'd never performed compressions on a live patient before,” Rees said.  “Jason was fantastic, going over scenarios and adding a calming presence to everyone trying to help. He was ready to jump in on compressions to give me a break when she came back to us.”

"I certainly don't consider myself a hero,” Ausman said.  “I just happened to be in the right place and used my training to help somebody that was in need of it.  I was simply doing what I do every day at work, and I hope that anybody would have helped her the same way if I wasn't there."

The Uniformed Services University of the Health Sciences (USU), founded by an act of Congress in 1972, is the academic heart of the Military Health System. USU students are primarily active-duty uniformed officers in the Army, Navy, Air Force and Public Health Service who receive specialized education in tropical and infectious diseases, TBI and PTSD, disaster response and humanitarian assistance, global health, and acute trauma care. A large percentage of the university’s more than 5,800 physician and 900 advanced practice nursing alumni are supporting operations around the work, offering their leadership and experience. USU’s graduate programs in biomedical sciences and public health are committed to excellence in research and oral biology. The university’s research program covers a wide range of clinical and basic science important to both the military and public health. 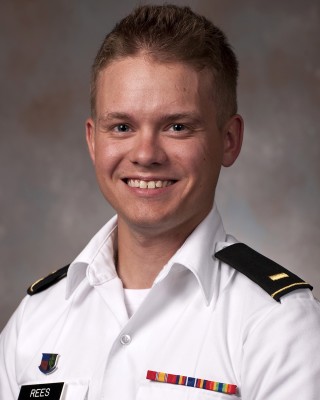 Caption: Army 2nd Lt. Donald Rees, a fourth-year medical student at the Uniformed Services University of the Health Sciences, helped save the life of a Texas woman using bystander CPR. 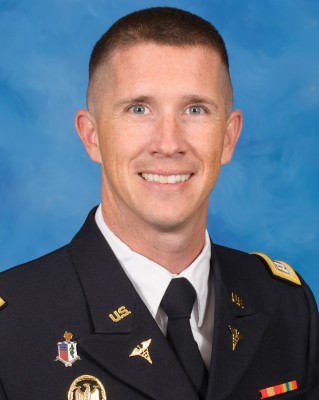 Caption: Army Capt. (Dr.) Jason Ausman used CPR to save the life of a Texas woman on Veterans Day.