Minimally invasive options are slowing the progression of glaucoma 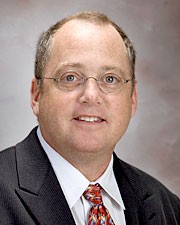 Newswise — Judith Smith, now 71, was at a routine appointment several years ago with her longtime ophthalmologist when the doctor made a comment that her right eye looked a little suspicious for glaucoma, an incurable disease that occurs when the optic nerve is damaged by pressure building inside the eye. Smith didn’t think she needed to worry about it since her doctor had just mentioned it in passing, so she put it out of her mind. A year later, when Smith returned for her checkup, her doctor was shocked to find that the optic nerve in her eye was already compromised and possibly permanently damaged.

Smith had no symptoms of vision loss and went to her regular checkups, so she was devastated to learn that the doctor she had seen for years missed such an important diagnosis. She decided to look for another doctor who could help her get an official diagnosis and treatment.

Fortunately for Smith, she worked as a nurse at Memorial Hermann–Texas Medical Center, which is across the street from the Robert Cizik Eye Clinic, where Robert Feldman, M.D., Richard S. Ruiz Distinguished University Chair in the Department of Ophthalmology & Visual Science at McGovern Medical School at The University of Texas Health Science Center at Houston (UTHealth), sees patients. One day at work, she met Feldman and asked him what could be done now that her optic nerve had most likely been damaged. Feldman heard her story and said, “Come and see me.”

According to the American Academy of Ophthalmology, people most at risk for getting glaucoma include those who: are over age 40,have family members with glaucoma, are of African or Hispanic heritage, have high eye pressure, are farsighted or nearsighted, have had an eye injury, have corneas that are thin in the center, have thinning of the optic nerve  and/or have diabetes, migraines, poor blood circulation or other health problems affecting the whole body.

Glaucoma is the second leading cause of blindness in the world, according to the World Health Organization. More than 3 million Americans have glaucoma but only half know they have it.

“Often there are no symptoms of open-angle glaucoma until it’s too late. Once you’ve lost vision from it, it’s gone,” Feldman says.

Open-angle glaucoma, which is the form that affects 90 percent of patients, is caused by the gradual obstruction of the drainage channels inside the eye. The other less common type, closed-angle glaucoma, happens when a patient’s iris is very close to the drainage angle in the eye and can end up blocking the drain.

Feldman brought Smith in for an official appointment. After a full checkup and confirmation of her open-angle glaucoma diagnosis, he gave her good news: Even though glaucoma is a permanent condition, there are treatments available that can slow its progression.

Eye drops can help by either decreasing or increasing the amount of fluid in the eye or improving its outward flow, thereby reducing eye pressure and protecting the optic nerve from further damage. However, Smith did not tolerate them well, experiencing negative side effects.

Surgical options currently available are the next treatment step but have drawbacks. Laser surgery is the least invasive and works by stimulating the cells that clean out the eye's drainage channels, but it’s a temporary fix. A trabeculectomy, which involves removing a small piece of tissue to create a new channel to drain fluid, or tube-shunt surgery, which uses a flexible plastic tube and attached silicone pouch for drainage, require extended recovery time lasting six to eight weeks.

Feldman had another, middle-ground idea for Smith, however. He was enrolling patients in a clinical trial to test the efficacy of a less-invasive glaucoma surgery with minimal recovery that uses the InnFocus MicroShunt Glaucoma Drainage System. Feldman is an investigator in the study comparing the new system to a traditional trabeculectomy.

“He asked me if I would be interested in helping them with a procedure that was new. Because I always participate in studies when possible, it was an easy choice,” Smith says.

The procedure involves making a small incision in the eye to insert the MicroShunt, about twice the size of an eyelash, which allows fluid to drain from the anterior chamber of the eye to the conjunctival flap. The MicroShunt is made out of the same material used in heart stents.

UTHealth ophthalmologists at the Robert Cizik Eye Clinic have performed 30 of these procedures over the last three years as part of the trial and most participants have had good outcomes. The procedure reduces surgery and recovery time, making it an ideal alternative to a trabeculectomy.

Smith was one of the first of Feldman’s patients to be enrolled in the trial, which is ongoing.

“I ended up with a fabulous result,” Smith says. “I no longer need to use eye drops and the recovery time from surgery was very short.”

The InnFocus MicroShunt procedure is one of several less-invasive surgery options provided by UTHealth ophthalmologists at the Robert Cizik Eye Clinic to slow the progression of glaucoma.

In November 2016, the U.S. Food and Drug Administration approved the XEN Gel Stent for the treatment of patients with glaucoma. The device creates a small channel in the eye to drain fluid and help lower eye pressure. It is about the length of an eyelash and is placed just under the conjunctiva, which is a clear membrane that covers the white of your eye.

The CyPass Micro-Stent is an option for patients already undergoing cataract surgery.

“It’s an add-on to cataract surgery that doesn’t have a lot of complications, but it can get someone with controlled glaucoma off of eye drops,” Feldman says.

For more information about the procedures offered at UTHealth and the Robert Cizik Eye Clinic, visit www.cizikeye.org or call (713) 559-5200.