Minimally Invasive Surgery Underused at Many US Hospitals 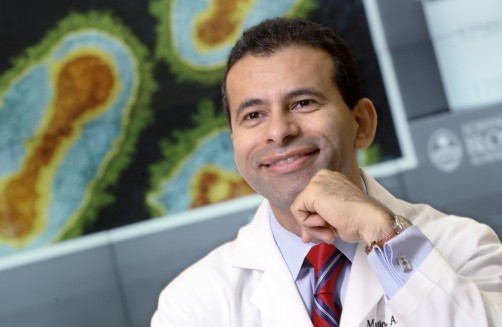 Newswise — Hospitals across the country vary substantially in their use of minimally invasive surgery, even when evidence shows that for most patients, minimally invasive surgery is superior to open surgery, a new study shows. The finding represents a major disparity in the surgical care delivered at various hospitals, the study’s authors say, and identifies an area of medicine ripe for improvement.

The study will appear in the journal BMJ.

“Some surgeons specialize in complex open operations, and we should endorse that expertise,” says Marty Makary, M.D., M.P.H., a professor of surgery at the Johns Hopkins University School of Medicine. “But we think there could be a better division of labor at hospitals. Patients who need an open procedure could be sent to surgeons skilled in open surgery. Those who are candidates for minimally invasive surgery could be directed to a surgeon with minimally invasive skills, sparing more patients the risks associated with open surgery.”

Minimally invasive surgery, which uses a few small incisions rather than one large incision, has been associated with better outcomes than open surgery, including fewer surgical site infections, less pain and shorter hospital stays. However, says Makary, his analysis shows that some hospitals capable of performing minimally invasive surgery aren’t providing it as often as they could.

To measure use, Makary and his colleagues collected data from the Nationwide Inpatient Sample, one of the largest inpatient care databases in the United States. This resource contains information about more than 7 million hospital stays, including the characteristics of each patient, their conditions and their treatments.

Makary and his colleagues attribute much of the variability to differences in physician training at various hospitals across the country. Since physicians tend to stay and practice in the same region where they trained, Makary explains, whatever techniques surgeons trained in most heavily during their residencies tend to become the go-to procedures that surgeons in particular regions prefer to perform. Surgeons may be uncomfortable offering their nonpreferred method to patients.

Makary says many patients aren’t aware that a minimally invasive surgery option exists for their condition. He also believes that this study offers an opportunity to reduce practice variation and improve health care quality through increased transparency and patient empowerment.

“Without any publicly reported metrics, patients can’t really know what to look for and what to ask,” he says. ”Physicians have an obligation to inform patients about all their options, even if we don’t offer all the options ourselves.”

Other Johns Hopkins researchers who participated in this study include Susan Hutfless, Dorry Segev, Andrew Ibrahim and Heather Lyu.

How Islets Stopped the Pain and Returned One Life to Normalhttp://www.hopkinsmedicine.org/news/publications/cutting_edge/cutting_edge_spring_2013/how_islets_stopped_the_pain_and_returned_one_life_to_normal