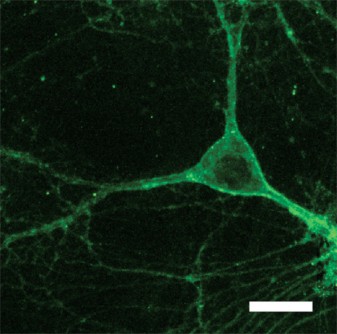 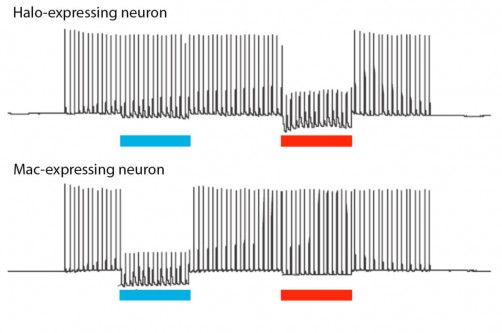 Halorhodopsin-expressing neurons are selectively silenced by red light, but not by blue light. The opposite is true for neurons expressing the gene Mac.

Newswise — Neuroscientists at MIT have developed a powerful new class of tools to reversibly shut down brain activity using different colors of light. When targeted to specific neurons, these tools could potentially lead to new treatments for the abnormal brain activity associated with disorders such as chronic pain, epilepsy, brain injury, and Parkinson’s disease.

The tools work on the principle that such disorders might be best treated by silencing, rather than stimulating, brain activity. These “super silencers” exert exquisite control over the timing of the shutdown of overactive neural circuits – an effect that’s impossible with existing drugs or other conventional therapies. “Silencing different sets of neurons with different colors of light allows us to understand how they work together to implement brain functions,” explains Ed Boyden, senior author of the study, to be published in the Jan. 7 issue of Nature. “Using these new tools, we can look at two neural pathways and study how they compute together. These tools will help us understand how to control neural circuits, leading to new understandings and treatments for brain disorders – some of the biggest unmet medical needs in the world.” Boyden is the Benesse Career Development Professor in the MIT Media Lab and an associate member of the McGovern Institute for Brain Research at MIT.

Boyden’s super silencers are developed from two genes found in different natural organisms such as bacteria and fungi. These genes, called Arch and Mac, encode for light-activated proteins that help the organisms make energy. When neurons are engineered to express Arch and Mac, researchers can inhibit their activity by shining light on them. Light activates the proteins, which lowers the voltage in the neurons and safely and effectively prevents them from firing. In this way, light can bathe the entire brain and selectively affect only those neurons sensitized to specific colors of light. Neurons engineered to express Arch are specifically silenced by yellow light, while those expressing Mac are silenced by blue light.

“In this way the brain can be programmed with different colors of light to identify and possibly correct the corrupted neural computations that lead to disease,” explains co-author Brian Chow, postdoctoral associate in Boyden’s lab.

In 2005, Boyden, in collaboration with investigators at Stanford University and the Max Planck Institute, introduced the first such “optogenetic” technique, so called because it combines the use of optics with gene delivery. The 2005 tool, now widely used, involves a light-activated ion channel, ChR2, which allows light to selectively turn on neurons in the brain.

Two years later, Boyden demonstrated that halorhodopsin, another light-sensitive protein, could inhibit the activity of neurons when illuminated. “But the genomic diversity of the world suggested that more powerful tools were out there waiting to be discovered,” Boyden says. His group accordingly screened a diverse set of microbial light-sensitive proteins, and found the new multicolor silencers. The newly discovered tools are much better than the old. Arch-expressing neurons were switched off with greater precision and recovered faster than halorhodopsin-expressing neurons, allowing researchers to manipulate different neurons with different colors of light.

“Multicolor silencing dramatically increases the complexity with which you can study neural circuits,” says co-author Xue Han, postdoctoral researcher in Boyden’s lab. “We will use these tools to parse out the neural mechanisms of cognition.”

How they did it: MIT researchers loaded the Arch and Mac genes into viruses that inserted their genetic cargo into mouse neurons. Optical fibers attached to lasers flashed light onto the neurons, and electrodes measured the resulting neural activity. [See graphic]

Next steps: Boyden’s team recently demonstrated the efficacy of ChR2 in monkeys with no apparent side effects. Determining whether Arch and Mac are safe and effective in monkeys will be a critical next step toward the potential use of these optical silencing tools in humans. Boyden plans to use these super silencers to examine the neural circuits of cognition and emotion and to find targets in the brain that, when shut down, could relieve pain and treat epilepsy. His group continues to mine the natural world for new and even more powerful tools to manipulate brain cell activity – tools that, he hopes, will empower scientists to explore neural circuits in ways never before possible. 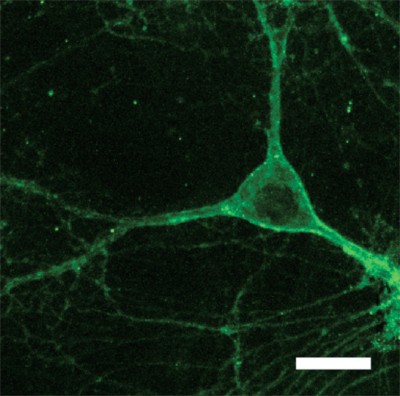 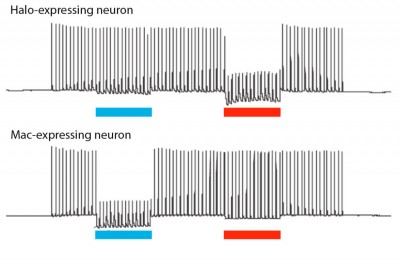 Caption: Halorhodopsin-expressing neurons are selectively silenced by red light, but not by blue light. The opposite is true for neurons expressing the gene Mac.