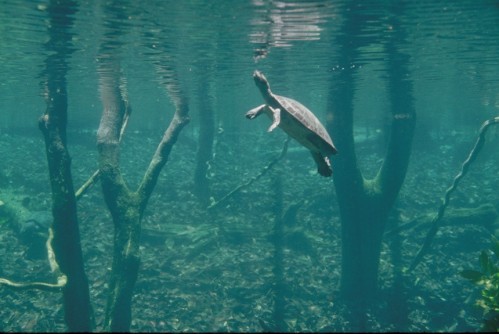 Newswise — NEW YORK (December 17, 2014) –The Board of Directors of the Mitsubishi Corporation Foundation for the Americas (MCFA) has approved $1 million in support to be granted over the next 5 years to WCS (Wildlife Conservation Society) for its Amazon Waters initiative, a major participatory watershed and natural resource management initiative in Amazonas State, Brazil, and Loreto Department, Peru.

Amazon Waters aims to protect fisheries, wildlife, and habitats in two major Amazonian watersheds with the active participation of indigenous and other local Amazonian communities, governmental agencies, and civil society organizations, in the management of these critical resources. The project will also inform and promote adaptation to impacts from development and climate change through the dissemination of scientific information to decision-makers to inform policy. Said President and CEO of Mitsubishi Corporation Americas, Mr. Yasuyuki Sugiura: “Watershed conservation has been a key focus of our foundation for many years, and WCS’s approach of engaging communities in conservation, and protecting both the environment and local livelihoods, is the right way to go. We believe this initiative will provide a basis for ensuring sustainable development in the Amazon well into the future.”

Mitsubishi was a key early stage funder for WCS's Patagonia Program in the Southern Cone of South America. “Mitsubishi Corporation Foundation for the America's has been a long-time committed partner in our conservation efforts,” said Cristian Samper, WCS President and CEO. “This new support for the Amazon Waters initiative will help ensure the conservation of this natural heritage for the millions of residents of the Western Amazon, especially local and indigenous people. The support of MCFA for Patagonia and Amazon Waters has provided essential seed funding for two of the largest priority landscapes that WCS works to conserve in South America.”