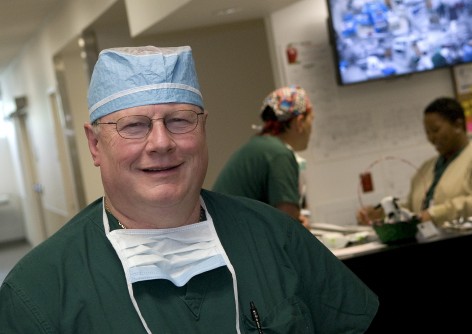 Newswise — A method called molecular subtyping can help doctors better determine which of their breast cancer patients are at high risk of getting breast cancer again, a new study led by the University of South Florida reports. This sophisticated genetic profiling of an individual’s specific tumor offers an additional resource to help identify patients who would most benefit from chemotherapy and those who would not.

The findings by researchers from USF and other institutions were presented in a scientific poster at the Miami Breast Cancer Conference, held March 6-9 in Miami Beach, Fla.

Molecular subtyping is a way of classifying breast cancer tumors into one of four genetically-distinct categories, or subtypes: Luminal A, Luminal B, Basal (a subset of triple negative), and HER2-type. Each subtype responds differently to different kinds of treatments, and some subtypes indicate a higher risk of disease recurrence. “Our data showed that a substantial number of breast cancer patients -- classified as low risk by one particular genomic test -- turn out to be at high risk of recurrence once we determined their subtype,” Dr. Cox said. “These are mostly Luminal B patients, and their physicians might not fully understand their patient’s situation unless they do subtyping.”

The USF study examined why different genomic tests for breast cancer sometimes provide contradictory information about risk of recurrence. The key findings involved the 70-gene MammaPrint® test; the 21-gene Oncotype DX® test, which is an earlier commercially available test; and Mammostrat®, a gene profiling test performed on slides of the breast tumor by a pathologist. The tests have generally been assumed to provide equivalent information about recurrence risk, but that is proving not to be the case.

Researchers examined tumor samples from a total of 148 patients. The greatest discordance (lack of agreement) about risk of disease recurrence occurred in a group of 51 patients. Of those 51, all were stratified by MammaPrint as high risk of recurrence, while Oncotype classified 18 of them (35 percent) as low risk.

BluePrint®, an 80-gene test to identify a tumor’s molecular subtype, was also used for those stratified by MammaPrint. This process revealed that the 51 patients were Luminal B, a molecular subtype with a high risk of recurrence.

Patients with a high risk of recurrence are normally counseled to receive chemotherapy following surgery to prevent the cancer from returning. In contrast, women whose subtype has a low risk of recurrence (Luminal A) will not benefit from the addition of chemotherapy. They may thus be able to safely avoid chemotherapy and its potentially damaging side effects. At the same time, they can be prescribed treatments such as hormonal therapy known to benefit those with their subtype.

The additional information provided by genomic tests and molecular subtyping may help reduce overall treatment costs for breast cancer, by targeting chemotherapy only for those women who will benefit from it, Dr. Cox said “Personalized treatment guided by these tests may also extend the time that patients are free of their cancer.”

Registered nurse George Ann Vincent, a Tampa, Fla. resident and a patient of Dr. Cox, was diagnosed with early-stage breast cancer last year. The 70-gene test determined that her tumor had a high risk of recurrence, so she was prescribed chemotherapy.

“I’m certainly grateful that I’m getting the treatments that are right for me,” Vincent said. “Chemotherapy is no picnic, but it can save lives. The genomic tests I took made me confident I was being sent in absolutely the right direction.”

Dr. Cox clarified that discordance does not necessarily show that some genomic test results were wrong.

“These tests use different genes and were validated on different types of populations,” he said. “But if physicians use molecular subtyping as we did in this study, they will have valuable, additional information to guide the appropriate treatment for each patient.”

Using molecular subtyping in combination with traditional biomarkers, like tumor grade and hormone receptor status, for determining the biological nature of a woman’s cancer is a recommended guideline for breast cancer treatment in both the United States and Europe, Dr. Cox said.