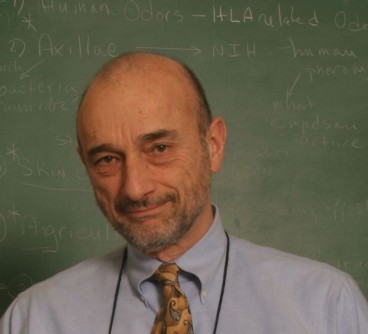 Newswise — PHILADELPHIA (February 6, 2017) – Promising research to identify a characteristic odor that can be used to detect early stage ovarian cancer recently received a significant boost. A new three-year $815,000 grant to the Monell Center from the Robert J. Kleberg, Jr. and Helen C. Kleberg Foundation will allow Monell scientists and collaborators to confirm initial findings of a unique odor pattern, known as an odor signature, for ovarian cancer. The multi-disciplinary team will utilize the odor information to customize a portable screening device that can diagnose the deadly disease at early, treatable stages.

Ovarian cancer, known as a silent killer because its early symptoms are difficult to detect, has the lowest survival rate of all female reproductive cancers. Each year, approximately 250,000 women worldwide are diagnosed with ovarian cancer and 140,000 women die of the disease. At present, there is no accurate and reliable screening test for ovarian cancer; most patients are identified in later stages of the disease, when limited treatment options result in poor outcomes.

“This critical funding from the Kleberg Foundation will enable us to validate and extend our findings on identifying ovarian cancer based on its odor signature. We then hope to leverage this basic knowledge into clinical trials of a diagnostic sensor,” said Monell Center Director Robert Margolskee, MD, PhD.

Knowing that cancer-related metabolic changes affect how odor-producing chemicals known as volatile organic compounds are released from cancerous tissues, the innovative research project incorporates three approaches: trained dogs to provide proof-of-principle that an odor signature for ovarian cancer exists; analytical chemistry instruments to identify the relevant volatile compounds that make up the distinctive odor signature; and DNA coated nanosensors that can be programmed with this information to create a portable diagnostic tool.

The Kleberg Foundation grant will enable Preti and colleagues to confirm these findings and extend their focus to identify the chemical composition of odor signatures from patients with early stage ovarian cancer.

Associated studies also funded by the new grant will optimize the odor signature information to determine which chemical odorants provide the most specific and sensitive biomarker information for the different stages and subtypes of ovarian cancer.

“Currently, most ovarian cancers have grown to the size of an onion by the time they are diagnosed. By this time, the patient prognosis is poor. Our goal is to harness information from the released odors to create a sensitive diagnostic scanner that can detect this deadly disease when it is the size of a peppercorn and the five-year survival rate is greater than 90 percent,” said Preti. Collaborating on the research are Alan T. Johnson, PhD, from the University of Pennsylvania Nano/Bio Interface Center; Cynthia M. Otto, DVM, PhD, Director of the Working Dog Center at the University of Pennsylvania School of Veterinary Medicine; and Janos Tanyi, MD, PhD of the Ovarian Cancer Research Center at the Perelman School of Medicine at the University of Pennsylvania. Early stage funding for the project was provided by the Kaleidoscope of Hope Foundation, Jade Yoga, and Gail Seygal.

The Monell Chemical Senses Center is an independent nonprofit basic research institute based in Philadelphia, Pennsylvania. Poised to celebrate its 50th anniversary in 2018, Monell has advanced scientific understanding of the mechanisms and functions of taste and smell to benefit human health and well-being. Using an interdisciplinary approach, scientists collaborate in the programmatic areas of sensation and perception; neuroscience and molecular biology; environmental and occupational health; nutrition and appetite; health and well-being; development, aging and regeneration; and chemical ecology and communication. For more information about Monell, visit www.monell.org.