Money Affects Children's Behavior, Even if They Don't Understand Its Value 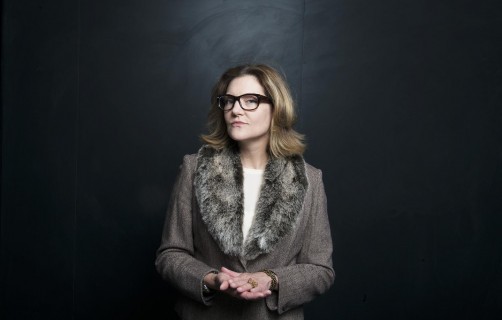 Kathleen Vohs, Land O'Lakes Chair in Marketing at the University of Minnesota Carlson School of Management and co-author of the study 'Money Cues Increase Agency and Decrease Prosociality Among Children: Early Signs of Market Mode Behaviors' in Psychological Science.

Newswise — The act of handling money makes young children work harder and give less, according to new research published by the University of Minnesota's Carlson School of Management and University of Illinois at Chicago. The effect was observed in children who lacked concrete knowledge of money's purpose, and persisted despite the denomination of the money.

"Money is a double-edged sword. It produces good outcomes in terms of concentration and effort, but bad outcomes when it comes to helping, taking, and donating." said Professor Kathleen Vohs, the Land O'Lakes Chair in Marketing at the University of Minnesota and co- author of the study.

Five experiments and one study tested 550 children (ages 3-6) in Poland and the United States. In one experiment, the children were asked to either sort money or buttons before completing a challenging puzzle. In that study, 73 percent of the children who handled the money spent at least two minutes on the task, compared to only 56 percent of those who had sorted buttons.

Another study followed a similar design, however, after sorting money or buttons the preschoolers were asked to help the experimenter prepare a task for another child. The children who had sorted money were less helpful in terms of gathering crayons for the experimenter than those who had first handled buttons.No Sugar Coating Results, Kids More Affected by Money than Candy

"Money is a vital component of cultural life," said Lan Chaplin, associate professor of marketing at the University of Illinois at Chicago. "Our findings with children as young as 3 years old suggest potentially significant implications for achievement, generosity, and interpersonal harmony."

According to Vohs, the results with children mirror patterns from European, Asian, and North American adult samples. "The similarities across developmental and cultural lines suggest common and basic properties in the psychology of money," she adds.