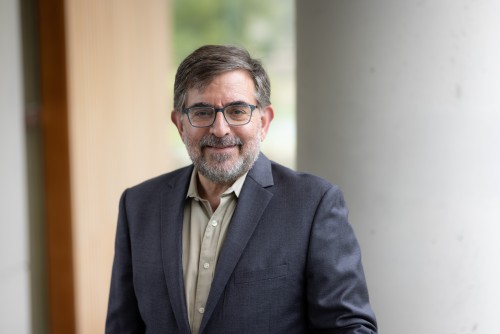 Newswise — September 19, 2022—BRONX, NY—Breast cancer is a major public health problem in the United States and is associated with more than 40,000 deaths each year—most of them caused by metastasis, the spread of cancer to other parts of the body. During metastasis, cells of the primary breast tumor invade blood vessels, travel in the bloodstream, and then exit the vessels to seed tumors in their new location. An enhanced knowledge of the mechanisms that allow some cancer cells to survive and thrive elsewhere in the body is critical for devising new therapies to prevent tumor metastasis.

The National Cancer Institute (NCI), part of the National Institutes of Health (NIH), has awarded Jonathan Backer, M.D., professor and chair of molecular pharmacology at Albert Einstein College of Medicine and associate director for shared resources at Montefiore Einstein Cancer Center (MECC), a five-year, $10 million team science (P01) grant to investigate the mechanisms regulating cancer cells that seed tumors in the lungs, a key metastatic site for breast cancer. The research will focus on lung metastases due to triple-negative breast cancer, which is the most aggressive form of breast cancer and more likely than other types of breast cancer to metastasize to the lung. This form of breast cancer is also observed more frequently in Black women, which makes these studies especially relevant to MECC patients in the Bronx.

“Triple-negative breast cancer lacks the receptors that we can target when treating other types of breast cancer, which makes it a formidable challenge for patients and clinicians,” said Dr. Backer, who is also professor of biochemistry and the William S. Lasdon Chair in Pharmacology at Einstein. “Our findings from this study should help us understand the interactions between tumor and non-cancerous cells at metastatic sites and suggest strategies for treating metastatic breast cancer and, possibly, metastases caused by other cancers.”

In carrying out their research, Dr. Backer and his MECC collaborators from the Tumor Microenvironment and Metastasis and Cancer Therapeutics Programs and five Einstein departments will use innovative techniques for visualizing and analyzing breast cancer cells as they leave the blood and form metastatic colonies in the lungs of mice. One such technique, developed in the Gruss Lipper Biophotonics Center, involves surgically implanting “windows” in the chest walls of mice. This allows for detailed, high-resolution imaging of tumor cells that reach the blood vessels of the lung. Using these windows, the researchers will be able to track distinct stages of metastatic seeding within the lung, including arrival of tumor cells from the bloodstream, movement of tumor cells across the vessel wall and into the lung, and subsequent tumor growth and progression. A major focus of the project is the involvement of platelets and cells of the immune system that support metastasis.

Three grant-funded projects will use this and other advanced methodologies to study metastasis. One project, which is led by Anne Bresnick, Ph.D., and Dr. Backer, will focus on the role of PI 3-kinase (a signaling protein) in tumor metastasis, with the goal of providing important preclinical data supporting the use of PI 3-kinase inhibitors for metastatic disease. The second, led by Wenjun Guo, Ph.D., and Rachel Hazan, Ph.D., will look at a subset of cancer cells with stem-cell-like properties and determine if and how non-cancerous cells may trigger their stemness. The third project is led by Maja Oktay, M.D., Ph.D., and John Condeelis, Ph.D., and will focus on stem-cell-like cancer cells that express high levels of MenaINV, an invasive variant of the protein Mena that is linked to metastasis. Scientific cores providing imaging and cell sorting support are led by David Entenberg, Ph.D., and Steven Porcelli, M.D., respectively.

About Montefiore Einstein Cancer Center
Montefiore Einstein Cancer Center (MECC) is a national leader in cancer research and care located in the ethnically diverse and economically disadvantaged borough of the Bronx, N.Y. MECC combines the exceptional science of Albert Einstein College of Medicine with the multidisciplinary and team-based approach to cancer care of Montefiore Health System. Founded in 1971 and a National Cancer Institute (NCI)-designated Cancer Center since 1972, MECC is redefining excellence in cancer research, clinical care, education and training, and community outreach and engagement. Its mission is to reduce the burden of cancer for all, especially people from historically marginalized communities.