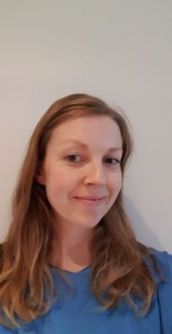 Newswise — Previous registry studies have given reason to suspect COPD patients more often have coronary disease than what can be expected from smoking habits, gender, and age. However, there has been a lack of studies with more invasive measurements of coronary disease among COPD patients.

"This study indicates that patients with COPD have both narrower coronary arteries and a higher degree of coronary artery calcification", says researcher Christina Due Svendsen.

In a study from the University of Bergen, Norway, 347 COPD patients and 428 controls were characterized with CT angiography in addition to emphysema scores, lung function measurements and many other variables.

The main finding was that COPD patients did indeed have more coronary disease than the controls, even after taking into account smoking habits, gender and age. However, this increase was seen independent of COPD disease severity, as assessed by lung function, degree of emphysema, exacerbation risk, and many other factors. Thus, there is reason to believe the risk of coronary disease is an effect seen early in COPD disease progression, underscoring that clinicians should be vigilant regarding symptoms of coronary disease in all COPD patients.

"This study shows the importance of early detection of coronary heart disease among COPD patients, especially considering the overlapping symptoms", says Due Svendsen.