The Society of Thoracic Surgeons 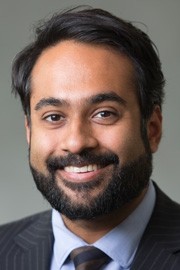 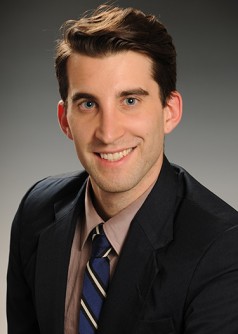 Newswise — CHICAGO — With the advancement of surgical and radiation therapy strategies for stage 1 non-small-cell lung cancer (NSCLC), more patients are being treated, resulting in higher survival rates, according to a study published online today in The Annals of Thoracic Surgery.

“More and more patients are being cured of lung cancer, with both surgery and radiation as good treatment options,” said lead author Nirav S. Kapadia, MD, of the Norris Cotton Cancer Center at Dartmouth-Hitchcock Medical Center in New Hampshire, where he also has an appointment at the Dartmouth Institute of Health Policy and Clinical Practice. “Our study optimistically suggests that if current trends persist, survival for NSCLC will continue to improve over time.”

Dr. Kapadia and colleagues conducted a retrospective study of eligible patients from 2000 to 2010 diagnosed with their first stage 1 NSCLC. Data were collected using the Surveillance, Epidemiology, and End Results (SEER)-18 database, which includes information from 18 American cancer registries. During the study period, 65,197 stage 1 NSCLC patients were registered in the database. Overall, 62% of patients underwent an operation, 15% received radiation therapy (RT) as their primary therapy, 3% received both operation and RT, and 18% did not receive either therapy.

The researchers found that the 2-year overall survival for patients who were treated with either surgery or RT increased from 61% in 2000 to 70% in 2009. This improvement corresponded to a 3.5% annual decrease in the risk of death from lung cancer.

“To the best of our knowledge, this was the first study to look at stage-specific diagnoses and break them down by if and how patients were treated. It also examined the yearly trends for patterns of treatment and patient outcomes over a recent timespan,” said Dr. Kapadia.

The researchers concluded that these increases were likely due to the availability of less-invasive surgical procedures and more advanced techniques for delivering RT, such as stereotactic body RT (SBRT). SBRT permits the precise and accurate delivery of high doses of radiation over a shorter period of time (typically 1 to 2 weeks) than with conventional radiation treatments.

Too Many Patients Still Untreated

Although the study revealed that fewer patients were untreated over time, a significant proportion of patients still do not receive treatment for “an otherwise highly curable disease,” explained Dr. Kapadia. In 2000, approximately 20.2% of patients in this study did not receive surgery or radiation, decreasing to 15.7% by 2010.

“We were disappointed to see only a modest reduction in the number of untreated patients, which remained unacceptably high,” he said. “Our hope is that future clinical, research, and policy efforts focus on reducing that number as close to zero as possible.”

Lung cancer is the leading cause of cancer death, with more people dying of lung cancer than of colon, breast, and prostate cancers combined. NSCLC is the most common type of lung cancer, accounting for 80% to 85% of all lung cancer diagnoses, according to the American Cancer Society (ACS). ACS estimates that more than 222,500 Americans will be diagnosed with lung cancer this year, and more than 155,000 lung cancer patients will die. About 14% of all new cancers are lung cancers.

“If you have been diagnosed with stage 1 lung cancer, it is important to know that there are safe and effective treatment options that you should discuss with your doctors,” said Dr. Kapadia. “Resource-intensive treatments for cancer must always be used judiciously, and efforts to ensure their appropriate and consistent application among all patients with curable disease should be paramount.”

Find comprehensive medical information presented for patients by leading experts in cardiothoracic surgery at the STS Patient Website (ctsurgerypatients.org). For a copy of The Annals article, contact Jennifer Bagley at 312-202-5865 or jbagley@sts.org.

Founded in 1964, The Society of Thoracic Surgeons is a not-for-profit organization representing more than 7,400 cardiothoracic surgeons, researchers, and allied health care professionals worldwide who are dedicated to ensuring the best possible outcomes for surgeries of the heart, lung, and esophagus, as well as other surgical procedures within the chest. The Society’s mission is to enhance the ability of cardiothoracic surgeons to provide the highest quality patient care through education, research, and advocacy.

The Annals of Thoracic Surgery is the official journal of STS and the Southern Thoracic Surgical Association. It has an impact factor of 3.700.