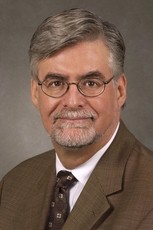 Newswise — Based on a random survey of nearly 4,000 respondents in the United States, Arthur A. Stone, Ph.D., Distinguished Professor and Vice Chair, Department of Psychiatry and Behavioral Science at Stony Brook University, and Alan Krueger, Ph.D., Professor, Department of Economics and the Woodrow Wilson School at Princeton University, report than more than 25 percent of American men and women experience daily pain. The researchers also report strong connections between the experience of pain and levels of income and education. Their study results appear in the May 3 issue of The Lancet.

The research is premised on evidence that people in the United States spend very large amounts of money for relief of pain. In fact, the authors note that more than $2 billion to $6 billion was spent on non-prescription analgesics in the U.S. in 2007. They said that pain is also a major reason for seeking medical care and purchasing prescriptive medicine. In addition, decreased labor force participation is "estimated to cost over $60 billion a year in lost productivity."

"Although much is known about the pain experienced by those with chronic illnesses, until now relatively little was known about pain in the entire U.S. population," says Dr. Stone. "Our assessment approach allowed us to get accurate information about pain at several carefully selected times from the previous day," explains Dr. Stone, which enabled the researchers to address several new questions about pain, daily activities, and respondents' personal characteristics.

Drs. Stone and Krueger conducted a community-based telephone survey via random-digit dialing to contact more than 10,000 people. In total, the researchers interviewed 3,982 people. The diary-survey involved phoning respondents and asking them to reconstruct the previous day. Three episodes from that day were randomly selected and information about pain, emotions, and current activity was obtained. The respondents were also questioned about their quality of life, occupation, education and whether they had a disability that limited their work. To make the study results representative of the U.S. population, the data were adjusted with sample weights developed by the Gallup Organization.

The summary of the research findings showed that 29 percent of men and 27 percent of women reported feeling some pain at sampled times " an indication that more than one quarter of Americans experience at least some daily pain.

Dr. Stone said that the link between pain and levels of income and education in the study supports other findings that illustrate better health is associated with higher socioeconomic status.

Additionally, the researchers wrote, "The average pain rating increased with age, although it reached a plateau between ages of about 45 years and 75 years, with little difference between men and women. Satisfaction with life or health and the pain indicators tended to move in opposite directions."

In an accompanying commentary to the article in The Lancet, Juha H. O. Turunen, Ph.D., Department of Social Pharmacy, University of Kuopio, Finland, expressed his enthusiasm about the study and the use of the dairy-survey to provide specific, tangible information about how pain affects daily life.

Struck by the link the study established between pain and income level, Dr. Turunen wrote: "The average pain rating was high among those with the lowest incomes, and among blue-collar workers. The difference compared to white-collar workers also remained during non-work hours of the day. Such a disparity emphasizes the need for pain preventing measures such as better ergonomics and better availability of occupational health services for jobs with high physical strains."

According to Dr. Stone, "The study results expand our understanding of pain in the United States and supplement more traditional assessment approaches with a very detailed perspective on the pain people experience on a daily basis. This suggests new avenues of research that may ultimately lead to improved treatment of pain."