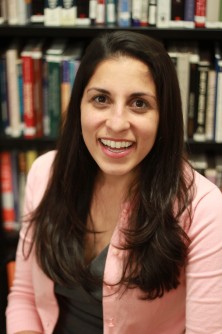 Michelle Moniz, M.D., is an OB/GYN and researcher at the University of Michigan Medical School.

Newswise — ANN ARBOR, Mich. — Nearly 7 in 10 Americans support mandated coverage of birth control medications, according to a new national survey by researchers at the University of Michigan Health System.

Women, blacks, Hispanics, parents with children under the age of 18 at home, and adults with private or public insurance were significantly more likely than other adults to support universal coverage of birth control medications, according to the findings that appear in the Journal of the American Medical Association (JAMA) today.

Individuals from all 50 states and the District of Columbia were surveyed about insurance coverage for multiple health services, including mammograms, colonoscopies, dental care, mental health services, screening tests for diabetes and high cholesterol, vaccines, and birth control medications. The new data come as the Affordable Care Act’s contraceptive coverage mandate is challenged in a closely watched Supreme Court case.

“There is an ongoing national debate about contraceptive coverage requirements in private health plans in the U.S.,” says lead author Michelle Moniz, M.D., an OB/GYN and researcher at the University of Michigan Medical School and Robert Wood Johnson Foundation clinical scholar.

“Our study found that 69 percent of U.S. adults support requiring coverage of birth control in health plans. This indicates that the majority view in the United States is that coverage for contraceptives should be required.”

Support for mandated coverage was even higher for other medical services that Moniz and her colleagues asked about. Public support for required coverage was highest for mammograms and colonoscopies (85%), followed by recommended vaccinations (84%), screening tests for diabetes and high cholesterol (82%), mental health care (77%), and dental care (75%).

A small group of adults (less than 10 percent) supported requirements for all services except contraceptives. This group included a significantly higher proportion of men, adults over the age of 60 and individuals without children in the household.

The survey was based on a representative sample of the U.S. population, using the KnowledgePanel through a partnership with GfK Custom Research North America. Participants were not asked about their political or religious affiliations.

“In this study, women, blacks, and Hispanics were more likely to support coverage of birth control medications than were men, older individuals and adults without children in the home. In other words, support is higher among individuals who may be more likely to directly benefit from affordable birth control,” says Moniz, who is also a member of U-M’s Institute for Healthcare Policy and Innovation. “Understanding public views on this issue is vitally important to medical and public health efforts to reduce unplanned pregnancy in the U.S.”

“This isn’t only a women’s health issue. It’s an issue that is also important to families and communities,” Moniz adds. “Our findings suggest that a policy requiring all health insurance plans to cover birth control medications is consistent with the beliefs of the majority of Americans.” Additional Authors: Matthew Davis, M.D., M.A.P.P., a professor of pediatrics and internal medicine at the U-M Medical School, professor of public policy at the U-M Gerald R. Ford School of Public Policy, director of the C.S. Mott Children’s Hospital National Poll on Children’s Health. Tammy Chang, M.D., M.P.H., M.S., an assistant professor of family medicine at the U-M Medical School. Davis and Chang are also members of the U-M Institute for Healthcare Policy and Innovation.

Reference: “Attitudes about mandated coverage of birth control medication and other health benefits in a U.S. national sample" JAMA, April 22, 2014.