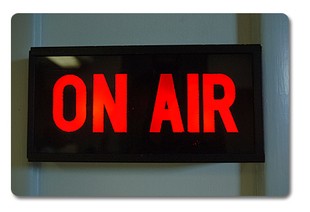 TV and radio will likely thrive in bad economic times, just as it did during the Great Depression.

Newswise — TV and radio use will likely increase during a prolonged recession, predicts University of Maryland media economist Douglas Gomery. He bases his comments of current audience behavior as well as Great Depression era trends.

"U.S. households spend six to eight hours with the TV on. It is cheap and Americans will not give up TV. Why? Because this is where they can see movies and other entertainment! Theatrical attendance used to be about 10 percent of an average movie's gross. Home viewing represents 90 percent. Folks can and will use TV for news and entertainment."

"Radio will do well as we are stuck in our cars each working day, and free, over-the-air broadcasting requires no cash," says Gomery. "A poor economy is not likely to be kind to satellite radio services XM and Sirius - even as merged."

Film: "One great myth is that film-going did well during the Great Depression of the 1930s," Gomery points out. "Not so, attendance had fallen by one-third in 1935 from its previous high in 1929. It hit bottom in 1937. The World War II economy helped bring cash into people's hands and that upped movie attendance. By 1942 the industry had regained its 1929 attendance records."

Broadcasting: "What the (first) Great Depression did was establish radio," Gomery says. "Urban folks had electricity and with the introduction of portable radios, sets became more affordable. In 1930 some 25 percent of U.S. homes had radios. By the 1940 census it was close enough to 100 percent to not worry about the rounding error."

"Newspaper sales and advertising fell in the Great Depression and this is not good news for today's newspapers," Gomery says. "That which costs cash - watch it go down. Newspapers around the country are already collapsing. The newspaper sales and advertising - save for those who take the New York Times - is off by 50 percent - with no bottom in sight."

Gomery's book, "Who Owns the Media?" (2000) was honored as the best book of the year in media economics by the Association in Education in Journalism and Mass Communication. He formerly wrote the "Media Business" column for the American Journalism Review.

Gomery has written for the Village Voice, Modern Maturity, The Wilson Quarterly, The Baltimore Sun and other newspapers. He is a former senior researcher for the Woodrow Wilson International Center for Scholars Media Studies project, and has authored 10 books and more than 600 articles on both the economics and history of the mass media in America.http://www.newsdesk.umd.edu/culture/release.cfm?ArticleID=1651