Mosquito Expert on Zika Virus: ‘I Am Confident We Will See Transmission This Summer’

In Q&A, Baylor Biologist Shares Tips on How To Minimize Contact With Mosquitos 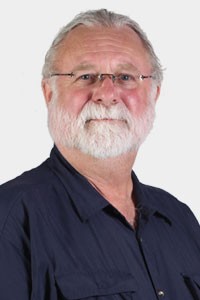 Richard Duhrkopf, Ph.D., associate professor of biology in Baylor’s College of Arts & Sciences, is a nationally known expert on mosquitoes.

According to the Centers for Disease Control (CDC), “the most common symptoms of Zika virus disease are fever, rash, joint pain and conjunctivitis (red eyes). The illness is usually mild with symptoms lasting from several days to a week. Severe disease requiring hospitalization is uncommon.”

Both the CDC and WHO say the best way to avoid the Zika virus is to minimize contact with mosquitoes.

Richard Duhrkopf, Ph.D., associate professor of biology in Baylor’s College of Arts & Sciences, is a nationally known expert on mosquitoes. He answers several questions regarding the Zika virus and how to best avoid mosquitoes.

Q: Does the Zika virus pose an immediate health threat to the general population?

A: Given what is happening in the Caribbean and South America, the threat of Zika virus is real for the U.S. Since we are in February, we will not see any viral transmission immediately, but as the weather warms up and there is a greater flow of the virus into the country, I am confident we will see transmission this summer. As to the threat, in some respects, Zika is less serious that West Nile or dengue in that all our data point to it having relative mild symptoms and rare aftereffects. That is with the exception of the apparent birth complications being seen in Brazil. That is something that is totally new and unexpected. Zika virus has been around and transmitted in Africa and Asia for about a decade. There have been no reports of the kinds of birth complications we are seeing in Brazil. So, we really don’t know what to make to them. Q: Should Americans be concerned about the spread or increase of the Zika virus?

A: Yes, as I said, there is no question in my mind that we will see this virus being transmitted this summer. Q: Is appropriate information about Zika virus being disseminated?

A: I have seen a great deal of misinformation that I find troublesome. I saw one report that said this was totally a South American/Central American problem because the mosquitoes that transmit Zika are not found in the U.S. I have no idea where they got that information, but it is totally false. We have Aedes aegypti and Aedes albopictus throughout the state of Texas, and both are well distributed throughout – especially the southern parts of the country.

Q: Is West Nile still a threat or a concern?

A: West Nile is still a threat. Since the mosquitoes that transmit it are totally different from those that would transmit Zika virus, it is really a different topic, but it is still present and still a danger.

Q: What are the best ways for people to avoid mosquitoes?

A: Duhrkopf provided the following checklist to help with mosquito abatement.

• Rid your property of temporary standing water.• Reduce breeding around permanent standing water.• Keep artificial containers clean.• Dry up natural containers.• Don't go outside around dusk and dawn.• Do not let general household maintenance slide.• Wear clothes that do not expose your skin.• Wear repellents when you go outside.

ABOUT RICHARD DUHRKOPF, PH.D.Richard Duhrkopf, Ph. D., associate professor of biology at Baylor University in Waco, Texas, is an extensive researcher with more than 30 years of experience studying mosquitoes. Duhrkopf currently serves as regional director for the national American Mosquito Control Association and has been an active participant since 1977. He has served with the Texas Mosquito Control Association since 1985. Duhrkopf also serves on the statewide West Nile Virus Task Force that is tasked with coordinating efforts and communications related to public awareness of the West Nile Virus.

In addition to his committee work, Duhrkopf teaches introduction to modern bioscience, genetics, biology of animal behavior and behavioral genetics. His research interests include behavior and ecology of mosquitoes, effective methods for mosquito abatement and mosquito larval behavior.