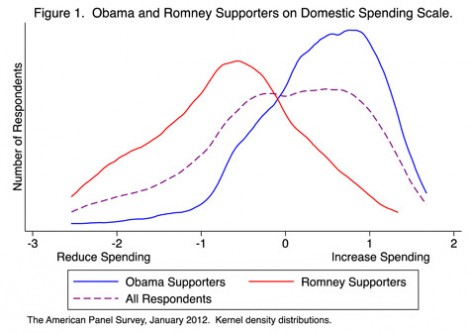 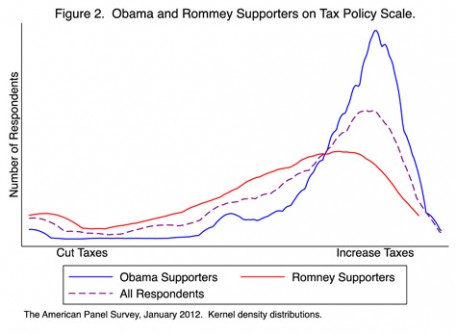 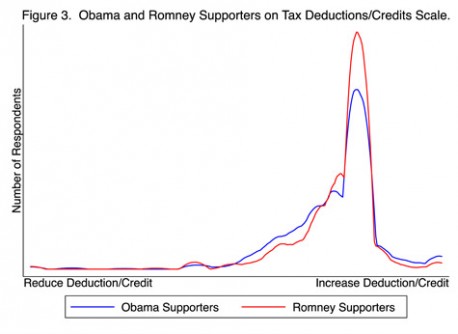 Newswise — President Barack Obama lately has been arguing for increased taxes on the rich through his proposed “Buffett Rule,” which would ensure that millionaires and billionaires pay a minimum effective tax rate of 30 percent on their income.

But how do Americans view raising taxes on the rich? It turns out most support such a move, finds a new Washington University in St. Louis survey.

The American Panel Survey (TAPS), a random sample of 1,370 adults, finds that 93 percent of those who consider themselves Obama supporters favor increasing taxes on households making more than $1 million a year.

More than 66 percent of those who consider themselves Mitt Romney supporters would be in favor of such increases.

“While our survey did not ask in detail about the Buffett rule, the American public clearly favors higher taxes on high-income taxpayers,” says Steven S. Smith, PhD, the Kate M. Gregg Distinguished Professor of Social Science and director of the Weidenbaum Center on the Economy, Government, and Public Policy, which coordinates the TAPS survey.

“This is true even of a majority of Romney supporters,” Smith says. “Democrats in the Senate realize this. They want to put Republicans in a position of casting an unpopular vote, even if it is procedural vote to take up the issue.”

The TAPS results indicate that Americans oppose increases in their own taxes and the taxes of small business whether they are Obama or Romney supporters.

While a majority favor increasing taxes on upper income households and corporations, there are large differences between Obama and Romney supporters on most tax issues.

“The results for individual spending and tax questions can be misleading and are difficult to summarize,” Smith says. “To gain a better overview we have developed scales for domestic spending and tax policy. These yield a general measure of each respondent’s views of the issues and can be compared across Romney and Obama supporters.”

On domestic spending, Smith says, the differences between the Obama and Romney supporters are apparent, though there is a substantial number of Americans who fall in the middle of the spectrum in the overlap between the two groups. (See Figure 1)

Neither set of partisans favors changes in most tax deductions and credits. Romney supporters are somewhat more in favor than Obama supporters of keeping or expanding these tax breaks. (See Figure 3)

TAPS is based on a national probability sample. It launched in fall 2011 and published its first finding in January 2012. As a panel, the survey returns to the same respondents each month, which allows for measuring change in attitudes among individuals over time and results in the accumulation of more data about the respondents than in most surveys.

The typical monthly survey includes about 1,600 respondents from a larger panel of 2,100.

TAPS is implemented by Knowledge Networks of Palo Alto, Calif.

For more information on the project or other data from this month’s survey, email Smith at taps@wustl.edu.

More information about TAPS is available at taps.wustl.edu. 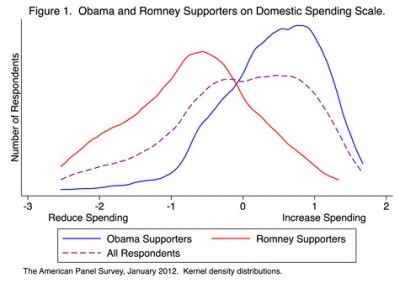 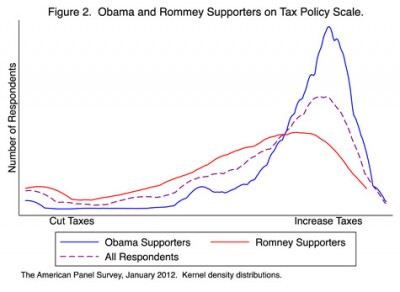 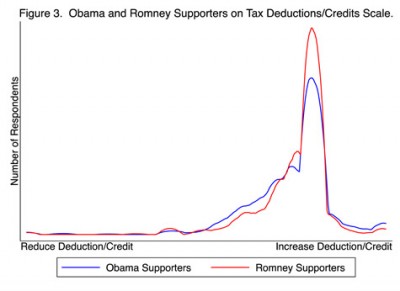