Most Emergency Department ‘Super-Frequent Users’ Have a Substance Abuse Addiction 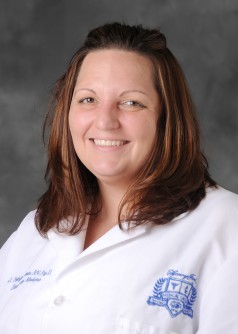 Newswise — DETROIT – A vast majority of so-called “super-frequent user” patients who seek care in the Emergency Department (ED) have a substance abuse addiction, according to a Henry Ford Hospital study.

A patient is considered a super-frequent user who visits the ED at least 10 times a year.

ED physicians have long theorized that patients who frequent the ED for their care have a substance abuse addiction. Few studies have actually measured the rate of addiction of these patients.

The findings are being presented Saturday at the Society for Academic Emergency Medicine (SAEM) annual meeting in Dallas.

Dr. Peltzer-Jones and her team of researchers sought to examine the level of addiction of 255 super-frequent users who sought care at Henry Ford’s Emergency Department from 2004-2013 and determine whether imposing prescribing guidelines for narcotics in their ED impacted the level of patients seeking pain-relief narcotics.

After reviewing and collecting data from each of the patients’ electronic medical record, researchers found that CREDO had a significant impact. Before CREDO was initiated, the super-frequent users sought care in the ED 32.4 times a year.

“Emergency Departments that implement case management initiatives can make meaningful progress in addressing their frequent-user patient population,” Dr. Peltzer-Jones says. “As our study showed, the number of frequent users visiting the ED for narcotics is alarming. A successful remedy to curtailing that problem is implementing case management strategies such as ours. However, if Emergency Departments don’t have the resources to create a program, instituting narcotic prescribing guidelines may lead to decreased visits by frequent users.”

The study was funded by Henry Ford Hospital.