Theory Applies to Both Teens and Adults 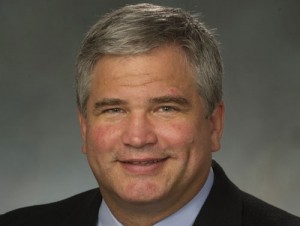 Newswise — Spend any time around teens and you know they’re adept at tuning out adults—especially if those adults are delivering a lecture about the teen’s drug and alcohol use.

“Telling a teen, ‘Stop doing that,’ usually doesn’t work,” said Michael “Mick” MacLean, associate professor of psychology, who has done extensive research on adolescent alcohol and substance use. Most recently, he’s implemented a strategy for reaching teens who are experiencing substance-related problems but are not yet addicted.

Instead of berating them, trying to scare them, or using other well-worn tactics, MacLean suggests “motivational interviewing,” which he said has a significantly higher success rate.

With this technique, a counselor or addiction specialist asks adolescents to focus on their strengths and consider what they want for their future.

MacLean became interested in motivational interviewing during the 1990s while completing his postdoctoral work at the University of Washington. Several years ago, he and Warren Gleckel, associate professor of exceptional education, reconfigured the program Focus on Consequences for Adolescents (FOCA), which is run through the Erie County Council for the Prevention of Alcohol and Substance Abuse. They believed introducing the motivational interviewing methodology would be more effective.

Its caseworkers now use it in the one-on-one program designed for 14 to 21-year-olds. Over two sessions, the addiction specialists focus on adolescents’ goals, strengths, and personalities, as well as their reasons for using alcohol or drugs.

“Some have long-term goals they realize they cannot meet unless they quit drinking or cut back significantly,” MacLean said. “One 15-year-old said he wants to be a lawyer. After talking for a while, he realized that he couldn’t keep getting arrested and have that future,”

They then develop an individualized plan for each participant and follow up in three and six months. More than 72 percent of participants report an increase in life satisfaction in these follow-ups.

The same philosophy works on adults, he said. For instance, instead of giving a patient with a Type 2 diabetes diagnosis a lecture and a litany of lifestyle changes to make, the physician would ask questions such as “What areas of your life do you wish were different?”

“It helps people become self-motivated to make those lifestyle choices,” MacLean said. “External motivators tend not to be as effective.”

In fact, only 10 percent of patients follow through with lifestyle changes using traditional methods compared with 57 percent with motivational interviewing. And MacLean noted the success rate will increase if the person is willing to stick with changes after an initial setback.

Although MacLean originally did not intend to become a trainer, he has trained more than 300 healthcare providers and others. He now averages eight trainings a year.

“I had no idea how quickly this would catch on,” he said. “There is just a demand for this.”

About Mick MacLean
With a doctorate in clinical psychology from Arizona State University, MacLean joined the Buffalo State Psychology Department in 1997. He also has served as visiting professor of psychology and psychiatry at the University at Buffalo; associate research scientist at the Research Institute on Addictions; and NIMH postdoctoral research fellow at the Addictive Behavior Research Center, University of Washington. His research areas include personality, drinking motives and drinking-related problems in youth; why adolescents and young adults engage in self-destructive behaviors and how to prevent negative outcomes; and attention deficit hyperactivity disorder (ADHD) in adolescents and young adults. In 2014, he won the President’s Award for Excellence as an Undergraduate Research Mentor.