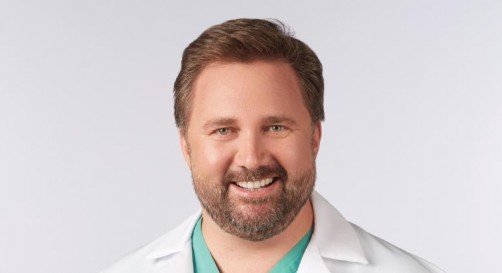 Newswise — J Mocco, MD, MS, Senior Vice Chair, Director of the Cerebrovascular Center, and Co-Director of the Neuroendovascular Surgery Fellowship Program in the Department of Neurosurgery at Mount Sinai, has been named president-elect of the Society of NeuroInterventional Surgery (SNIS), a scientific and educational association dedicated to advancing the specialty of neurointerventional surgery, effective July 29, 2021. With more than 600 members worldwide, the organization’s mission is to promote the highest quality, comprehensive, minimally-invasive care for patients with stroke, brain aneurysms, and other diseases of the head, neck and spine.

“An internationally acclaimed neurosurgeon known for tirelessly advancing science to attain the highest quality of care for patients with cerebrovascular diseases, Dr. Mocco strives to globally transform the field of endovascular neurosurgery through his innovative ideas, novel administrative strategies, groundbreaking research, and inspiring leadership. A mentor and educator for neurosurgery residents and fellows, Dr. Mocco is dedicated to expanding the boundaries of conventional practice to help improve the lives of patients around the world,” said Joshua B. Bederson, MD, Chair of Neurosurgery at Mount Sinai Health System. “We are delighted that the Society of NeuroInterventional Surgery has chosen him as president-elect. This role will further enable Dr. Mocco to share his visionary leadership with people around the world who study and treat these conditions.”

Dr. Mocco has been a principal investigator of more than two dozen research trials and is the recipient of numerous honors and awards in his field. He is the first person to serve as President-elect of the Society for NeuroInterventional Surgery and as Chair of the Cerebrovascular Section of the American Association of Neurological Surgeons and Congress of Neurological Surgeons.

Dr. Mocco will assume the presidency in July 2022.

The Mount Sinai Health System is New York City's largest academic medical system, encompassing eight hospitals, a leading medical school, and a vast network of ambulatory practices throughout the greater New York region. Mount Sinai advances medicine and health through unrivaled education and translational research and discovery to deliver care that is the safest, highest-quality, most accessible and equitable, and the best value of any health system in the nation. The Health System includes approximately 7,300 primary and specialty care physicians; 13 joint-venture ambulatory surgery centers; more than 415 ambulatory practices throughout the five boroughs of New York City, Westchester, Long Island, and Florida; and more than 30 affiliated community health centers. The Mount Sinai Hospital is ranked on U.S. News & World Report's "Honor Roll" of the top 20 U.S. hospitals and is top in the nation by specialty: No. 1 in Geriatrics and top 20 in Cardiology/Heart Surgery, Diabetes/Endocrinology, Gastroenterology/GI Surgery, Neurology/Neurosurgery, Orthopedics, Pulmonology/Lung Surgery, Rehabilitation, and Urology. New York Eye and Ear Infirmary of Mount Sinai is ranked No. 12 in Ophthalmology. Mount Sinai Kravis Children's Hospital is ranked in U.S. News & World Report’s “Best Children’s Hospitals” among the country’s best in four out of 10 pediatric specialties. The Icahn School of Medicine is one of three medical schools that have earned distinction by multiple indicators: ranked in the top 20 by U.S. News & World Report's "Best Medical Schools," aligned with a U.S. News & World Report "Honor Roll" Hospital, and No. 14 in the nation for National Institutes of Health funding. Newsweek’s “The World’s Best Smart Hospitals” ranks The Mount Sinai Hospital as No. 1 in New York and in the top five globally, and Mount Sinai Morningside in the top 20 globally. For more information, visit https://www.mountsinai.org or find Mount Sinai on Facebook, Twitter and YouTube.