Hugh Rosen, professor at The Scripps Research Institute, shares his perspective on a potential new drug to treat multiple sclerosis, RPC1063, under development by Receptos, Inc. 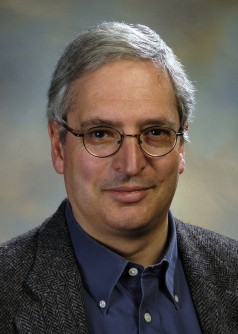 Courtesy of The Scripps Research Institute

Scripps Research Institute Professor Hugh Rosen was a key scientist behind the discovery and initial development of a drug candidate, RPC1063, for relapsing multiple sclerosis.

Newswise — LA JOLLA, CA, AND JUPITER, FL - Positive new data have been released on a drug candidate for relapsing multiple sclerosis that was first discovered and synthesized at The Scripps Research Institute (TSRI).

According to the results from a six-month Phase 2 study of 258 multiple sclerosis patients, the drug candidate RPC1063 reduced the annualized relapse rate of participants with multiple sclerosis by up to 53 percent, compared with placebo. The potential therapy also decreased the emergence of new brain damage seen by magnetic resonance imaging (MRI) by more than 90 percent.

In addition, safety results suggest a favorable risk-benefit profile. More than 98 percent of patients remained on the drug regimen—an important metric as existing drugs for multiple sclerosis are often difficult for patients to tolerate.

RPC1063 was first discovered by a “hit” from an National Institutes of Health molecular library during research at Scripps Florida’s Molecular Screening Center. The compound was then synthesized and further developed in the laboratories of Scripps California Professors Ed Roberts and Hugh Rosen.

“These data support our labs' approach at TSRI that discovery of fundamental mechanisms in chemical biology provides the foundation for intelligent intervention in disease processes,” said Rosen. “Meeting the needs of patients and their families is our high calling in biomedical science.”

Patrick Griffin, chair of the Department of Molecular Therapeutics and director of the Translational Research Institute at Scripps Florida, added, “This development is an exciting outcome resulting from research within the Scripps Florida Molecular Screen Center. We expect many other programs that Scripps Florida has been involved in will have similar potential to improve human health.”

The new RPC1063 findings were presented recently at the MS Boston 2014 meeting.

Receptos, a San Diego biopharmaceutical company that licensed the technology from TSRI, is developing RPC1063 for approval by the U.S. Food and Drug Administration. The drug candidate is currently in a Phase 3 randomized, double-blind study involving 1,200 relapsing multiple sclerosis patients. The trial is expected to be completed in 2017.

The mechanism of RPC1063 (Sphingosine 1-Phosphate Receptor modulation) may also be significant in the treatment of other autoimmune diseases. An ongoing Phase 2 study (called Touchstone) for the treatment of moderate-to-severe ulcerative colitis is fully enrolled, with results expected by the end of this year.