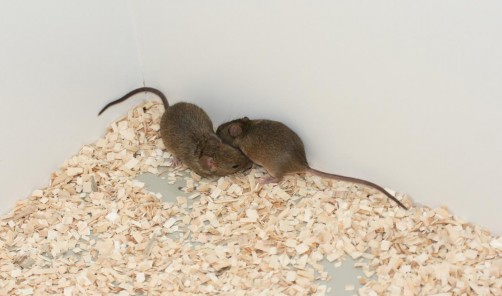 Multiple paternity is no advanatge for the offspring of mice in the case of an infection with Salmonella.

Newswise — Promiscuity is common among females in the animal kingdom. Mating with multiple males can increase genetic diversity and enhance the survival of the offspring. When given a choice, female house mice mate with multiple males. "The females select their partner on the basis of their scent markings. These chemical signals provide a surprising amount of information about possible partners, including their health and disease resistance," explains Kerstin Thonhauser of the Konrad Lorenz Institute for Ethology at Vetmeduni Vienna.

The team of researchers led by Dustin Penn explored the previously unanswered question whether polyandry in house mice also offered an advantage in terms of immune resistance. The researchers challenged animals from single- and multiple-sired litters with two different strains of Salmonella: a primary infection, which was harmless, and effectively a vaccine, and then a secondary infection. Prior to the study, there had been little sex-specific data concerning the immune response to Salmonella infection, so the team also considered this question in their study.Polyandry offered mice no advantages against Salmonella

In general, there was an enormous variation in the bacterial clearance among the mice, and especially among different families, but no difference was found between single- and multiple sired offspring. These results do not support the hypothesis that the increased genetic diversity of multiple-sired litters enhances immune resistance.

Among mice, males are usually more susceptible to infectious diseases, yet in the case of Salmonella, however, this proved not to be the case. The immune system of male mice handled this challenge better than the females, as was confirmed by the lower bacterial load among males. No other study to date has demonstrated such a sex-dependent response for Salmonella. Unfortunately, most studies on mice have focused on males, as a way to control for variation in female reproductive cycling, and so we understand little about sex differences. Such sex difference should be considered in future immunological research, says Thonhauser.

Nonetheless, Thonhauser and colleagues stress that female promiscuity could still provide immunological benefits for offspring by reducing disease transmission within litters. "There are additional factors to consider. It is possible that a multiple paternity protects litters against challenges from multiple pathogens. Our study was a first step towards testing these more complicated scenarios regarding the advantages of multiple paternity."

About the University of Veterinary Medicine, Vienna

The University of Veterinary Medicine, Vienna in Austria is one of the leading academic and research institutions in the field of Veterinary Sciences in Europe. About 1,300 employees and 2,300 students work on the campus in the north of Vienna which also houses five university clinics and various research sites. Outside of Vienna the university operates Teaching and Research Farms. http://www.vetmeduni.ac.at