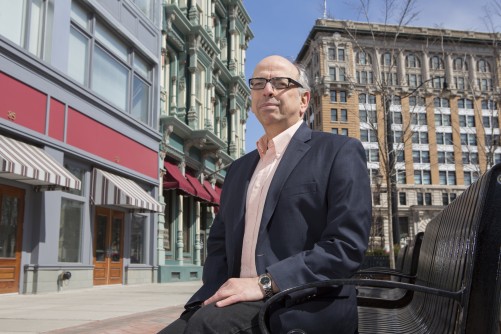 Newswise — BINGHAMTON, NY – Small cities and rural areas lag behind in environmental protection policymaking because they often lack the financial or technical resources needed. According to newly published research at Binghamton University, places that have municipal utilities have the capacity to pursue sustainability — and are more likely to leverage that capacity to adopt more green energy policies.

George Homsy, assistant professor of public administration at Binghamton University, looked at data from two surveys of local governments in the United States and found a positive correlation between cities with municipal power companies and those with an increased number of community-wide sustainable energy policies. These policies include things like supporting conservation measures by homeowners and local businesses, or offering incentives for green building or renewable power production.

“I had heard anecdotally about the role of municipal utilities and had wondered whether or not they would be more broadly supportive of environmental protection,” Homsy said. “The research shows that they are useful in the hardest thing a local government can try to do, which is shaping community actions by residents and businesses in terms of energy conservation and green-energy production.”

Homsy found that many governments with or without a municipal utility would take action to cut energy use in their own operations. “Things that the local government does on its own are easy because they save the municipality money,” he said. “For example, I could put solar panels or change the light bulbs in city hall. It’s much harder to go out and help businesses and help citizens save energy and save money. The statistics indicate that the presence of utilities is correlated to local governments taking this important sustainability step.”

Interviews with officials revealed the potential mechanisms driving the increased energy sustainability policymaking by local governments that own power companies. These mechanisms are the increased capacity that publicly owned utilities provide by virtue of income generated and access to energy-specific grants, as well as the local nature of their operations, which allows a better fit of sustainable energy measures to local circumstances.

“Municipal utilities give local governments fiscal capacity because the utilities take in money for a service. And the extra money they take in over the cost of providing the energy, which would be a profit for private utilities, gets shoveled back into the community,” Homsy said. “Municipal utilities have another advantage in that they have people on the street who can do things. These people are trusted and much more responsive to local priorities than large, multi-state utilities. These people are available to work in the community in terms of energy conservation. “

Since most of the more than 2,000 municipal utilities are in smaller cities or towns, these public institutions can help drive sustainability where it is most needed. The 2010 U.S. Census found that more than half of Americans live in municipalities with populations of less than 25,000.

“Local governments with municipal utilities need to think broadly about what this public institution can do,” Homsy said. “For decades, municipal utilities have been touted as important to local economic development, and now they can also help with energy conservation.”

“People often privatize services by simply asking if this the most cost-effective way to deliver the best service? Now we’re realizing that a publically owned institution can have a lot of positive external impacts,” he said. “When we think about privatizing services, we need to realize that it’s not just a straight balance-sheet kind of analysis, that there are these outside concerns — these positive externalities of public ownership.”

Homsy’s research is funded by part of a $495,000 research grant from the U.S. Department of Agriculture to support a project titled “Rural Sustainability: Linking Economics and the Environment,” which integrates research with outreach to communities.

The paper, “Powering sustainability: Municipal utilities and local government policymaking,” was published in Environment and Planning C: Government and Policy.