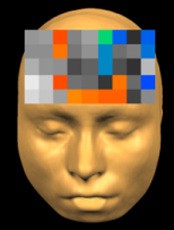 Newswise — Supporting what many of us who are not musically talented have often felt, new research reveals that trained musicians really do think differently than the rest of us. Vanderbilt University psychologists have found that professionally trained musicians more effectively use a creative technique called divergent thinking, and also use both the left and the right sides of their frontal cortex more heavily than the average person.

The research by Crystal Gibson, Bradley Folley and Sohee Park is currently in press at the journal Brain and Cognition.

"We were interested in how individuals who are naturally creative look at problems that are best solved by thinking 'out of the box'," Folley said. "We studied musicians because creative thinking is part of their daily experience, and we found that there were qualitative differences in the types of answers they gave to problems and in their associated brain activity."

One possible explanation the researchers offer for the musicians' elevated use of both brain hemispheres is that many musicians must be able to use both hands independently to play their instruments.

"Musicians may be particularly good at efficiently accessing and integrating competing information from both hemispheres," Folley said. "Instrumental musicians often integrate different melodic lines with both hands into a single musical piece, and they have to be very good at simultaneously reading the musical symbols, which are like left-hemisphere-based language, and integrating the written music with their own interpretation, which has been linked to the right hemisphere."

Previous studies of creativity have focused on divergent thinking, which is the ability to come up with new solutions to open-ended, multifaceted problems. Highly creative individuals often display more divergent thinking than their less creative counterparts.

To conduct the study, the researchers recruited 20 classical music students from the Vanderbilt Blair School of Music and 20 non-musicians from a Vanderbilt introductory psychology course. The musicians each had at least eight years of training. The instruments they played included the piano, woodwind, string and percussion instruments. The groups were matched based on age, gender, education, sex, high school grades and SAT scores.

In the second experiment, the two groups again were asked to identify new uses for everyday objects as well as to perform a basic control task while the activity in their prefrontal lobes was monitored using a brain scanning technique called near-infrared spectroscopy, or NIRS. NIRS measures changes in blood oxygenation in the cortex while an individual is performing a cognitive task.

"When we measured subjects' prefrontal cortical activity while completing the alternate uses task, we found that trained musicians had greater activity in both sides of their frontal lobes. Because we equated musicians and non-musicians in terms of their performance, this finding was not simply due to the musicians inventing more uses; there seems to be a qualitative difference in how they think about this information," Folley said.

The researchers also found that, overall, the musicians had higher IQ scores than the non-musicians, supporting recent studies that intensive musical training is associated with an elevated IQ score.

The research was partially supported by a Vanderbilt University Discovery Grant.

Folley is a postdoctoral fellow. Park is a professor of psychology and psychiatry and a member of the Center for Integrative and Cognitive Neuroscience. Gibson was an undergraduate student and research assistant in the psychology department at Vanderbilt when this work was conducted and is now a Peace Corps volunteer based in Namibia. Park and Folley are Vanderbilt Kennedy Center for Research on Human Development investigators.