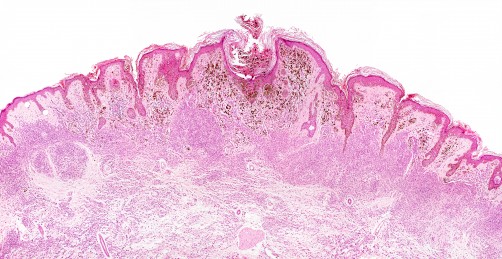 Newswise — Lake Nona, Fla., May 3, 2017 — New research from Sanford Burnham Prebys Medical Discovery Institute (SBP) at Lake Nona uncovers the modus operandi of a mysterious molecule called SPRIGHTLY that has been previously implicated in colorectal cancer, breast cancer, and melanoma. The findings, published in the journal Science Advances, bolster the case for exploring SPRIGHTLY as a potential therapeutic target, or a biological marker that identifies cancer or predicts disease prognosis.

“We show in this study that SPRIGHTLY acts as a hub for organizing cancer-related genes in the nucleus of the cell,” says the study’s senior author Ranjan Perera, Ph.D., scientific director of analytical genomics and bioinformatics at SBP Lake Nona. “These genes may be promising individually or in combination with SPRIGHTLY as therapeutic targets in the fight against cancer.”

SPRIGHTLY is a type of molecule called long non-coding RNA (lncRNA). LncRNAs have long been regarded as junk because they aren’t translated into protein. However, in the past few years they have been linked to essential roles in the cell, and their misregulation has been linked to disease.

Perera’s group has previously shown that SPRIGHTLY is present at higher levels in melanoma cells than in normal skin cells and that lowering levels of the molecule promotes cancer cell death. They have also found that the amounts of SPRIGHTLY and other lncRNAs are elevated in prostate cancer compared to normal tissue, suggesting that SPRIGHTLY might be a diagnostic or prognostic marker for cancer.

“In some patient tumor samples and cancer cell lines, researchers have found that quantities of certain lncRNAs are increased,” says the study’s first author Bongyong Lee, Ph.D., a postdoctoral associate in Perera’s lab. “But to understand the significance of that, we need to know what these molecules do in cells. The best way to do that is to look at their binding partners.”

LncRNAs bind to many cell components including DNA and protein. Perera’s lab decided to go a step further and investigate whether SPRIGHTLY makes contact with other RNAs in melanoma cells.

The team used a technique that chemically crosslinks SPRIGHTLY to its neighbors, which revealed that SPRIGHTLY indeed bound to 115 RNA partners that code for proteins, six of them considered “major” partners. Interestingly, all six genes were already implicated in a variety of cancers.

The scientists then used CRISPR/Cas9, a newer genomic modification method, to reduce SPRIGHTLY expression in melanoma cells, finding that the levels of most of its six major partners also decreased as a result. Reintroducing SPRIGHTLY normalized these levels, the group found. Moreover, in an immunocompromised mouse model of melanoma, tumors with only a small amount of SPRIGHTLY grew much slower than did tumors with more typical levels of the RNA.

The group is also interested in understanding SPRIGHTLY’s role in metastasis. In the new study, large data analysis of the relationships among SPRIGHTLY’s various RNA binding partners conducted by SBP collaborators Shaojie Zhang Ph.D., (University of Central Florida) and Animesh Ray, Ph.D., (Keck Graduate Institute in Claremont, Calif.,) suggests that the lncRNA could be involved in melanoma metastasis to the brain. The team is planning to test this hypothesis and others suggested by network analysis.

This work was supported by National Institutes of Health grants CA165184, NCI 5P30CA030199 and DP5 OD012160, and Florida Department of Health, Bankhead-Coley Cancer Research Program 5BC08.