Naltrexone has potential to replace methadone, a controversial drug in opioid addiction treatment 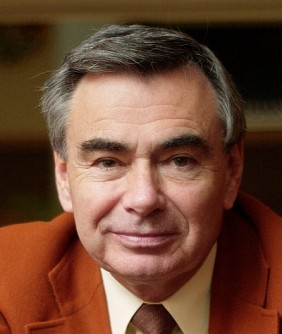 Newswise — PHILADELPHIA—The once-a-month drug naltrexone was more effective at preventing drug relapse in ex-prisoners addicted to heroin and other opioids compared to the usual treatment modalities, including counseling and community treatment programs, according to results from a multisite, randomized trial led by researchers at the Center for Studies of Addiction at the Perelman School of Medicine at the University of Pennsylvania and published online today in the New England Journal of Medicine.

For patients battling opioid addiction, the other common treatment is the once-a-day methadone or suboxone, which both activate the same neurological receptors as heroin, but prevent withdrawal and relapse. Methadone remains controversial, with many in the criminal justice system viewing it as merely exchanging one drug addiction for another. Antagonist drugs, such as naltrexone, which was approved in 2010 by the US Food and Drug Administration for opioid dependence, have gained increasing acceptance to treat prisoners, despite limited data on effectiveness.

“Judges and parole officers equate methadone with ‘giving in’ to the addict, giving them what they want,” said Charles O'Brien, MD, PhD, vice chair of Psychiatry and founding director of Penn's Center for Studies of Addiction, and senior author of the study. “But, you can give it in a controlled way so that a person can function very well and does not go into withdrawal. On the other hand, it is a drug that can be sold; it is dangerous and there is a certain amount of abuse."

Such concerns have spurred the search for different treatment approaches.

In an investigation of the effectiveness of antagonist treatment in a high-risk population, O'Brien, lead author Joshua D. Lee, MD, MSCE, an associate professor in the departments of Population Health and Medicine at NYU Langone Medical Center, and collaborators followed 153 ex-prisoners in a six-month randomized trial of extended-release naltrexone with a control group of 155 persons receiving the usual treatment of counseling and community treatment programs.

Along with the lead site at Penn, four other centers participated in the study, including New York School of Medicine and Bellevue Hospital Center, Rhode Island Hospital, Columbia University Medical Center, and Friends Research Institute.Over 24 weeks of treatment, the naltrexone group received monthly injections, with both groups routinely followed and monitored. The naltrexone group showed a significantly reduced rate of relapse than the control group (43 percent vs. 64 percent) and had a longer median time to relapse (10.5 vs. 5 weeks).

“They did not all stay clean, but you can shoot up heroin while you are on this medication and you do not really feel it; it's blocked,” O’Brien said.

While some of the members of the control group suffered from overdoses, none occurred in those taking naltrexone, even by 18 months after the end of treatment.The results demonstrate that antagonist drug treatments, such as naltrexone, can provide a promising alternative to the common treatment course and can lessen the chance of relapse in particularly high-risk individuals.

Opioid use is a growing epidemic in the United States. According to the Centers for Disease Control and Prevention, overdose deaths from prescription opioids have quadrupled since 1999, and 78 deaths occur every day from opioid overdose.

Ideally, notes O'Brien, "if someone is scheduled to get out of prison with a history of opioid addiction, you could give them one injection, and at least for the next month, they cannot relapse. Normally, they relapse the same day."

He emphasizes that further study is necessary to establish the long-term effectiveness of naltrexone treatment. The existence of a viable alternative to counseling and community treatment, and potentially methadone, however, provides both patients and doctors with another option.

“If you have high blood pressure, we have at least eight or 10 different medications that can be used. Some work better than others for each person. So it's nice that we have several choices for heroin addiction treatment.”

Co-authors of the study include Peter D. Friedmann, MD, MPH, Timothy W. Kinlock, PhD, Edward V. Nunes, MD, Tamara Y. Boney, MS, Randall A. Hoskinson, Jr., Donna Wilson, Ryan McDonald, John Rotrosen, MD, Marc N. Gourevitch, MD, MPH, Michael Gordon, DPA, Marc Fishman, MD, Donna T. Chen, MD, MPH, Richard J. Bonnie, James W. Cornish, MD, and Sean Murphy, PhD.The study was supported by the National Institute on Drug Abuse through a collaborative clinical trial mechanism, PAR-07-232 (R01DA024549, to Dr. Friedmann; R01DA024550, to Dr. Kinlock; R01DA024553, to Dr. O’Brien; R01DA024554, to Dr. Nunes; and R01DA024555, to Dr. Lee), and additional support (K24DA022412, to Dr. Nunes), and the Dana Foundation.###Penn Medicine is one of the world's leading academic medical centers, dedicated to the related missions of medical education, biomedical research, and excellence in patient care. Penn Medicine consists of the Raymond and Ruth Perelman School of Medicine at the University of Pennsylvania (founded in 1765 as the nation's first medical school) and the University of Pennsylvania Health System, which together form a $5.3 billion enterprise.The Perelman School of Medicine has been ranked among the top five medical schools in the United States for the past 18 years, according to U.S. News & World Report's survey of research-oriented medical schools. The School is consistently among the nation's top recipients of funding from the National Institutes of Health, with $373 million awarded in the 2015 fiscal year.The University of Pennsylvania Health System's patient care facilities include: The Hospital of the University of Pennsylvania and Penn Presbyterian Medical Center -- which are recognized as one of the nation's top "Honor Roll" hospitals by U.S. News & World Report -- Chester County Hospital; Lancaster General Health; Penn Wissahickon Hospice; and Pennsylvania Hospital -- the nation's first hospital, founded in 1751. Additional affiliated inpatient care facilities and services throughout the Philadelphia region include Chestnut Hill Hospital and Good Shepherd Penn Partners, a partnership between Good Shepherd Rehabilitation Network and Penn Medicine.Penn Medicine is committed to improving lives and health through a variety of community-based programs and activities. In fiscal year 2015, Penn Medicine provided $253.3 million to benefit our community.