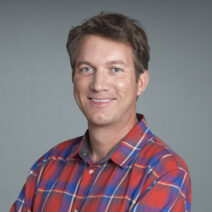 Newswise — Jeremy F. Nance, professor from the Skirball Institute of Biomolecular Medicine at the New York University Grossman School of Medicine, was chosen by ASCB to deliver the LGBTQ+ Keynote at Cell Bio Virtual 2021. The speaker is chosen by ASCB’s LGBTQ+ Committee and the talk includes an overview of the speaker’s research as well as a question and answer session with participants.

According to the Nance lab website, Nance’s research “uses the embryo of the nematode Caenorhabditis elegans as a simple model to understand how cell interactions and movements shape the developing body plan. As in many organisms, cells in the early C. elegans embryo polarize in response to cell–cell contacts. Polarity in early C. elegans cells provides a foundation for subsequent cytoskeletal asymmetries that direct the cell movements of gastrulation, which puts cells of the correct type in the appropriate position within the embryo. Following gastrulation, cells assemble together to form organs, which are sculpted into their final form.”

Nance earned his PhD from the University of Arizona studying morphogenesis of C. elegans sperm in the Sam Ward lab and was a postdoctoral fellow in the James Priess Lab at the Fred Hutchinson Cancer Research Center, where he began investigating mechanisms of cell polarization and gastrulation in C. elegans embryos.