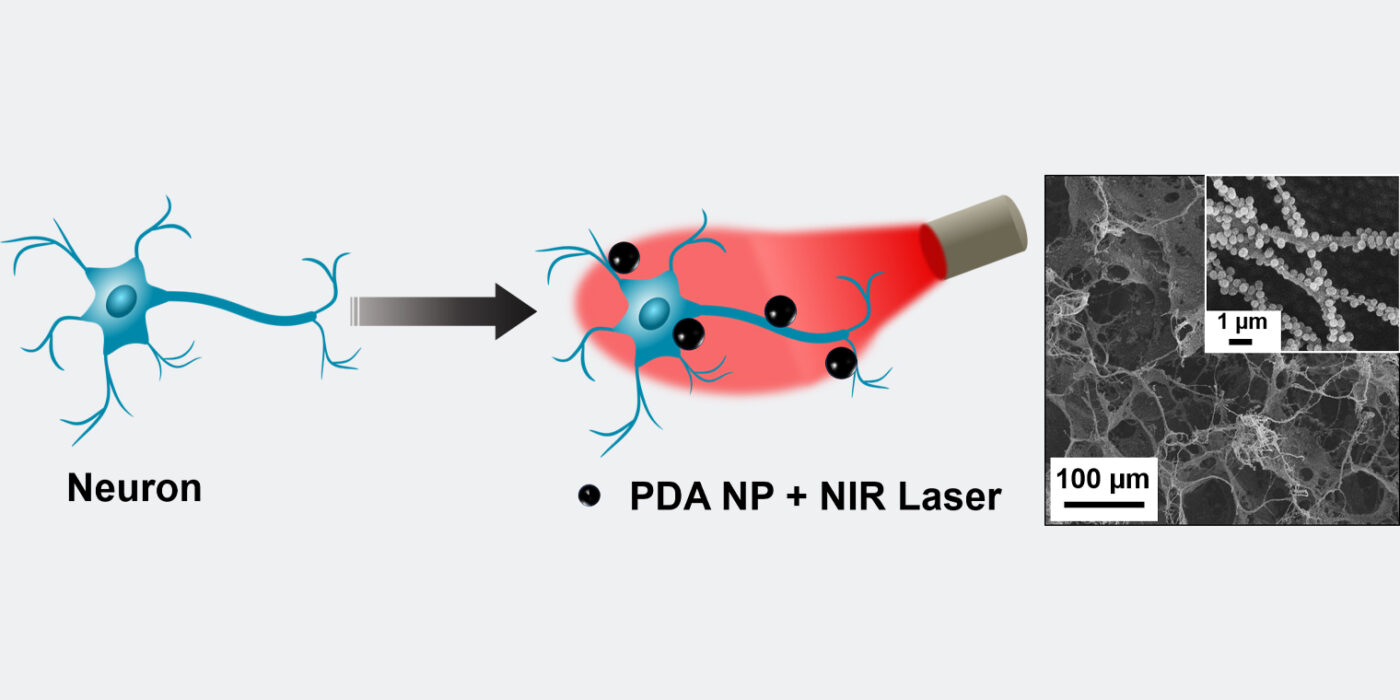 Newswise — Nanomaterials have been used in a variety of emerging applications, such as in targeted pharmaceuticals or to bolster other materials and products such as sensors and energy harvesting and storage devices. A team in the McKelvey School of Engineering at Washington University in St. Louis is using nanoparticles as heaters to manipulate the electrical activity of neurons in the brain and of cardiomyocytes in the heart.

The findings, published July 3, 2021, in Advanced Materials, have the potential to be translated to other types of excitable cells and serve as a valuable tool in nano-neuroengineering.

Srikanth Singamaneni, a materials scientist, and Barani Raman, a biomedical engineer, and their teams collaborated to develop a noninvasive technology that inhibits the electrical activity of neurons using polydopamine (PDA) nanoparticles and near-infrared light. The negatively charged PDA nanoparticles, which selectively bind to neurons, absorb near-infrared light that creates heat, which is then transferred to the neurons, inhibiting their electrical activity.

“We showed we can inhibit the activity of these neurons and stop their firing, not just on and off, but in a graded manner,” said Singamaneni, the Lilyan & E. Lisle Hughes Professor in the Department of Mechanical Engineering & Materials Science. “By controlling the light intensity, we can control the electrical activity of the neurons. Once we stopped the light, we can completely bring them back again without any damage.”

In addition to their ability to efficiently convert light into heat, the PDA nanoparticles are highly biocompatible and biodegradable. The nanoparticles eventually degrade, making them a convenient tool for use in in vitro and in vivo experiments in the future.

Raman, professor of biomedical engineering, compares the process to adding cream to a cup of coffee.

“When you pour cream into hot coffee, it dissolves and becomes creamed coffee through the process of diffusion,” he explained. “It is similar to the process that controls which ions flow in and out of the neurons. Diffusion depends on temperature, so if you have a good handle on the heat, you control the rate of diffusion close to the neurons. This would in turn impact the electrical activity of the cell. This study demonstrates the concept that the photothermal effect, converting light into heat, near the vicinity of nanoparticles tagged neurons can be used as a way to control specific neurons remotely.”

To continue the coffee analogy, the team has designed a photothermal foam that is similar to a sugar cube, forming a dense population of nanoparticles in tight packaging that acts more quickly than individual sugar crystals that disperse, Raman said.

“With so many of them packed in a small volume, the foam is quicker in transducing light to heat and give more efficient control to only the neurons we want,” he said. “You don’t have to use high-intensity power to generate the same effect.”

In addition, the team, which includes Jon Silva, associate professor of biomedical engineering, applied the PDA nanoparticles to cardiomyocytes, or heart muscle cells. Interestingly, the photothermal process excited the cardiomyocytes, showing that the process can increase or decrease the excitability in cells depending on their type.

“The excitability of a cell or tissue, whether it be cardiomyocytes or muscle cells, depends to a certain extent on diffusion,” Raman said. “While cardiomyocytes have a different set of rules, the principle that controls the sensitivity to temperature can be expected to be similar.”

Now, the team is looking at how different types of neurons respond to the stimulation process. They will be targeting particular neurons by selectively binding the nanoparticles to provide more selective control.