3-May-2017 10:05 AM EDT, by University of Arkansas, Fayetteville
favorite_border 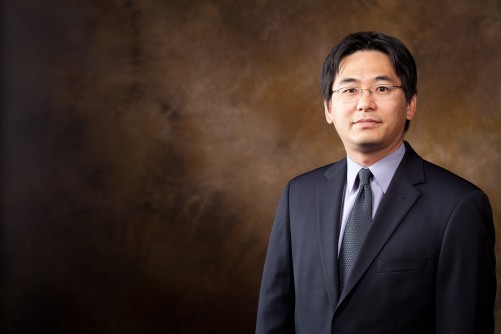 Newswise — FAYETTEVILLE, Ark. – Arkansas’ first CubeSat, a small satellite selected by NASA for space education and research, will observe the Earth’s climate and measure the composition and concentration of atmospheric gases.

In February, NASA announced the selection of ArkSat-1 as one of 34 satellites from 19 states and the District of Columbia that will be launched into space between 2018 and 2020. ArkSat-1 is being developed by Adam Huang, associate professor of mechanical engineering, and Josh Pennington, doctoral student in the Microelectronics and Photonics program, in the Engineered Micro/Nano-Systems Laboratory. They will deliver the satellite to NASA for launch in 2020.

From space, ArkSat-1 — a 10-centimeter, or nearly 4-inch, cube that is almost twice the size of a Rubik’s Cube — will point a calibrated light toward Earth. Terrestrial telescopes instrumented with spectrophotometers will track this light and measure the composition and concentration of various atmospheric gases.

“This could help build a stronger understanding of the complex dynamics that occur in the atmosphere and give us insight into how different geographical locales affect the atmosphere around those areas,” Pennington said. “For instance, how much more methane is in the air around large agricultural areas? How much more concentrated is carbon dioxide in cities than the countryside?”

ARKSat-1 will also demonstrate a deorbit technology being developed at the U of A’s Engineered Micro/Nano-Systems Laboratory by Morgan Roddy, also a doctoral student in the Microelectronics-Photonics program. Roddy’s deorbiter, which recently won second place in a student design competition at the University Nanosatellite Engineering Consortium’s Global Meeting in Varna, Bulgaria, is designed to reduce space debris from small satellites. The deorbiter inflates a thin-membrane balloon that increases drag on a satellite, slowing its reentry into the Earth’s atmosphere and causing the satellite to disintegrate.

“Which means that, if everything works correctly, the CubeSat will quickly burn up in Earth's atmosphere,” Pennington said.

The U of A team – composed of Huang, Pennington and Roddy as well as John Lee, doctoral student in mechanical engineering, and undergraduate students – plan to complete ARKSat-1 by the end of 2019. It will then be turned over to NASA for integration onto a rocket. Pennington said it will likely take from 3 to 6 months for a launch opportunity. The researchers expect the mission to last three months.

The U of A researchers are collaborating with other universities and organizations in Arkansas on the project. Huang is the primary investigator. Co-investigators include Larry Roe, associate professor of mechanical engineering and the director of the Arkansas Center for Space and Planetary Sciences at the U of A; Vincent Chevrier, assistant research professor at the Arkansas Center for Space and Planetary Sciences; Ed Wilson and Charles Wu at Harding University; Yupo Chan at the University of Arkansas at Little Rock; and Constance Meadors at Pulaski Technical College. Development of ARKSat-1 is funded by the Arkansas Space Grant Consortium.

Initially developed by academia in the early-2000s for promoting space technology education, CubeSats gained popularity after the Department of Defense, NASA and the National Science Foundation began providing CubeSat-based research funding in the late-2000s. Today, they are the standard satellite technology, providing space access to both traditional and non-traditional participants in technology and missions.