Honored for Outstanding Contributions to Field of Catalyst Design 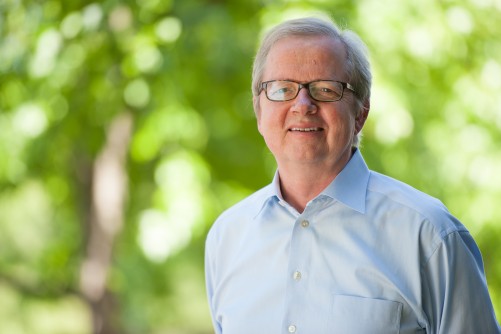 Newswise — Jens Nørskov, director of the SUNCAT Center for Interface Science and Catalysis at Stanford and the Department of Energy's SLAC National Accelerator Laboratory, has been named a member of the National Academy of Engineering (NAE), one of the highest professional distinctions for engineers.

The Leland T. Edwards Professor of Chemical Engineering at Stanford and professor of photon science at SLAC, Nørskov was cited for "theoretical approaches to design of heterogeneous catalysts, linking reaction rates to microscopic catalyst properties."

Membership in the National Academy of Engineering honors those who have made outstanding contributions to "engineering research, practice, or education, including, where appropriate, significant contributions to the engineering literature." It also recognizes the "pioneering of new and developing fields of technology, making major advancements in traditional fields of engineering, or developing/implementing innovative approaches to engineering education."

Nørskov is an author of more than 450 scientific publications and winner of a number of awards, including the 2015 Irving Langmuir Prize of the American Physical Society for his groundbreaking work on catalysis; the Michel Boudart Award from the North American Catalysis Society and the European Federation of Catalysis Societies; and the Gabor A. Somorjai Award from the American Chemical Society. He is a fellow of the American Physical Society and a member of the Royal Danish Academy of Science and Letters and the Danish Academy of Engineering.

He came to SLAC and Stanford in 2010 from the Technical University of Denmark, where he was director of the Catalysis for Sustainable Energy Initiative. He holds a master’s degree in physics and chemistry and a PhD in theoretical physics from the University of Aarhus.