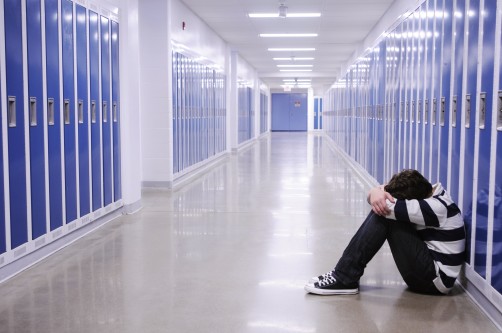 A study using a nationally-representative sample of 5,600 children between the ages of 12 to 17 years old addressed various forms of bullying and cyberbullying, sexting and dating violence, as well as thoughts of suicide, deviant behavior, and resilience or coping mechanisms.

Newswise — One of the latest and most ambitious studies on bullying and cyberbullying in middle and high school students begs to differ with the age-old adage, “sticks and stones can break my bones, but names can’t hurt me.” The study, conducted by researchers at Florida Atlantic University and the University of Wisconsin-Eau Claire (UW-EC), used a nationally-representative sample of 5,600 children between the ages of 12 to 17 years old to address various forms of bullying and cyberbullying, sexting and dating violence, as well as thoughts of suicide, deviant behavior, and resilience or coping mechanisms.

Sameer Hinduja, Ph.D., a professor of criminology and criminal justice within FAU’s College for Design and Social Inquiry and co-director of the Cyberbullying Research Center, and Justin W. Patchin, Ph.D., a professor of criminal justice at UW-EC and co-director of the Cyberbullying Research Center, spearheaded this latest study. They have conducted numerous formal surveys of teens, educators, law enforcement, and parents over the last decade across more than 20,000 respondents.

This most recent study of middle and high school students found that when it came to school bullying:

This study found that when it came to cyberbullying:

• 34 percent of students had experienced cyberbullying in their lifetime; 17 percent said that it had happened in the last 30 days.• 4 out of 5 of the students who were cyberbullied said that mean comments were posted about them online.• 70 percent of the students said that someone spread rumors about them online.• Notably, nearly two-thirds (64 percent) of the students who experienced cyberbullying said that it really affected their ability to learn and feel safe at school. • 12 percent of the students admitted that they had cyberbullied others at some point in their lifetime.• The most commonly reported behaviors included spreading rumors online (60 percent), posting mean comments online (58 percent), or threatening to hurt someone online (54 percent). • Girls were most likely to have been bullied online, with the exception of those with recent experiences (30 days); while boys were more likely to have bullied others online.

Hinduja and Patchin note that it is very likely that the causes and correlates of bullying influence behaviors and experiences across environments. What makes someone an attractive target at school makes them similarly vulnerable online. What causes or induces someone to be harassing or cruel at school also causes them to act in the same ways online.

“Overall, we’re trying to paint an updated, accurate picture of what teens these days are facing across our nation so as to underscore the critical importance of devoting additional resources and attention to this persistent problem, and inform schools exactly what they should focus on,” said Hinduja. “Knowing what contributes to the problem helps us know how educators should spend their time and resources to really make progress in this area.”

This study was supported by a $188,776 grant awarded to Hinduja and Patchin by the Digital Trust Foundation to collect nationally-representative data on cyberbullying and teen dating violence.