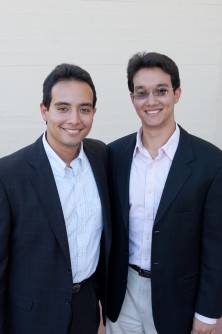 Newswise — OsComp Systems of Pontificia Universidad Católica Madre y Maestra in the Dominican Republic has won the 6th Annual Intel+UC Berkeley Technology Entrepreneurship Challenge, which seeks to support and promote entrepreneurship globally. The team of entrepreneurs won for inventing a breakthrough, patent-pending technology that could reduce operating and capital costs for natural gas compression by more than 30 percent. The Intel Foundation awarded the winning team the top prize of $25,000. The winners were announced at the final awards ceremony at UC Berkeley’s Haas School of Business on Thursday, November 18.

Second place was awarded to Magoosh of the University of California, Berkeley, for its personalized academic test preparation technology that allows students to learn through short-form videos that deliver content according to each student’s strengths and weaknesses. Third place went to ADTELLIGENCE of the University of Mannheim in Germany for its advertising targeting platform for the social web, which enables advertisers to precisely target their campaigns and increase online shop revenues using real data from social network users or single sign-on services such as Facebook, Connect and Open Social.

“For more than four decades Intel has been a leader in innovation,” said Wendy Hawkins, executive director of the Intel Foundation. “From this, we’ve found that some of the best ideas are still out there, in the minds of today’s students. By helping these ideas grow, we are fostering students, such as those present at this competition, to have a positive impact on society, which will in turn help strengthen the future global economy.”

The competition, held at the Haas School of Business at UC Berkeley, drew 27 teams from 19 countries. Founded in 2005, the Intel+UC Berkeley Technology Entrepreneurship Challenge is a joint project of the Intel Foundation and the UC Berkeley Lester Center for Entrepreneurship & Innovation that is designed to motivate young entrepreneurs to develop innovative technologies that solve real world challenges, build viable business models, and move that technology out of university labs and into the market.

This year, the finalist teams presented business plans that reflect groundbreaking work in such fields as technology, environment, healthcare and education. These plans include solutions for alternative energy, waste management, early detection of breast cancer, food-borne diseases, online education and human computer interaction technology. Representatives of more than 20 leading venture capital firms from the San Francisco Bay Area served as judges of the competition and provided valuable feedback to the teams.

In addition to today’s awards ceremony, Intel launched a People's Choice Awards Contest for the public to vote for their favorite team of young entrepreneurs who participated in this week’s competition. Visit www.inspiredbyeducation.com/vote to learn more and vote.

For more than 100 years, the Haas School of Business at the University of California, Berkeley, has offered a superb management education to outstanding men and women from around the world. The school is one of the world’s leading producers of new ideas and knowledge for all areas of business, and a launching point for many new businesses.

About the Intel Education InitiativeOver the past decade alone, Intel has invested more than $1 billion, and its employees have donated close to 3 million hours toward improving education more than 60 countries. To learn more, visit www.intel.com/newsroom/education. To join Intel's community of people sharing their stories with the hope of becoming a catalyst for action and a voice for change in global education, visit www.inspiredbyeducation.com. To view ongoing updates, join the Facebook group at www.facebook.com/InspiredByEducation and follow Twitter updates at www.twitter.com/intelinspire.

About IntelIntel (NASDAQ: INTC) is a world leader in computing innovation. The company designs and builds the essential technologies that serve as the foundation for the world’s computing devices. Additional information about Intel is available at newsroom.intel.com and blogs.intel.com.

Intel and the Intel logo are trademarks of Intel Corporation in the United States and other countries. * Other names and brands may be claimed as the property of others.

For photos of the winning teams, contact Ute Frey at UC Berkeley’s Haas School of Business.