2-Sep-2022 8:05 AM EDT, by Russian Foundation for Basic Research
favorite_border 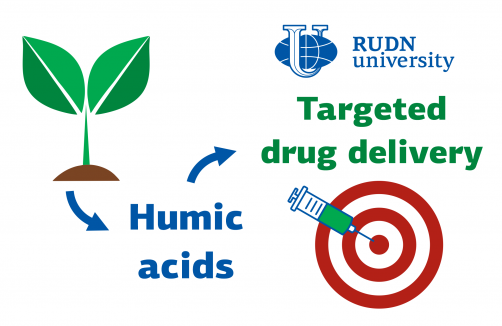 Newswise — RUDN University pharmacists have shown that it is possible to increase the effectiveness of antiviral agents with the help of natural organic substances - humic acids. Due to their complex supramolecular structure, these compounds have the potential for targeted drug delivery of molecules with low bioavailability. The results are published in Pharmaceutics.

The solubility of the active substance is one of the key parameters that determine bioavailability and efficacy of the drug. The lower the solubility of a compound, the more difficult it is for the molecule to reach its target site of action. To solve this problem, scientists are developing targeted drug delivery systems. Usually synthetic polymers are used for this. But there is an alternative - some natural substances can also increase the bioavailability of the drug. RUDN University pharmacists have shown that humic acids, a complex mixture of natural macromolecular  compounds formed during the decomposition of dead plants, can perform this function.

“The development and creation of effective drug delivery systems is an important task of modern medicine. Compared to synthetic polymers, materials of natural origin show superior biocompatibility and also have low toxicity. However, the potential of their use as drug carriers is still not well understood and deserves more attention. Therefore, the goal of our research was to study complexes of humic acids and antiviral pharmaceuticals of plant and synthetic origin,” said Mariya Morozova, PhD, Associate Professor of the Department of Pharmaceutical and Toxicological Chemistry at RUDN University.

Pharmacists investigated the transport properties of humic acids using two antiviral drugs as an example. The first is favipiravir, a synthetic compound that prevents the reproduction of viruses. It is used to treat influenza and other illnesses, including COVID -19. The second is mangiferin, a plant-derived substance registered in Russia as an antiviral drug for the treatment of herpes infection. Both compounds are poorly soluble in water, which limits their use.

With the help of humic acids, researchers managed to increase the bioavailability of favipiravir and mangiferin. The maximum concentration of mangiferin in an aqueous dilution of humic acids turned out to be almost an order of magnitude higher than in an aqueous solution - 0.1 mg per ml versus 0.02 mg per ml. For favipiravir, the maximum concentration did not change significantly. However, analysis showed another remarkable result — particle diameter decreased by almost three times when water was replaced by humic acids. It also improves the bioavailability of the drug.

“The accepted treatment regimen with favipiravir involves very large doses - loading 1600-1800 mg, and then a long period of therapy at 600-800 mg twice a day. Despite the data on the good tolerability of the drug, such high doses cannot but cause concern regarding the development of side effects. The use of transport system based on humic acids can potentially increase the effectiveness of the drug. This happens not only due to better penetration of nanoparticles, but also due to the combined effect because of the inner antiviral activity of humic acids,” said Mariya Morozova, PhD, Associate Professor of the Department of Pharmaceutical and Toxicological Chemistry at RUDN University.