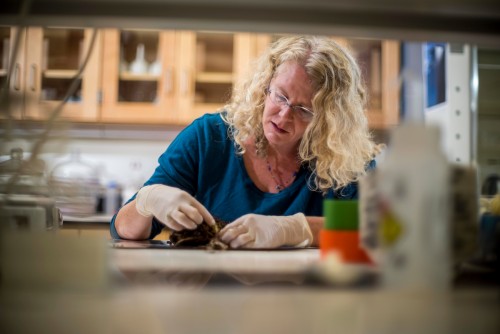 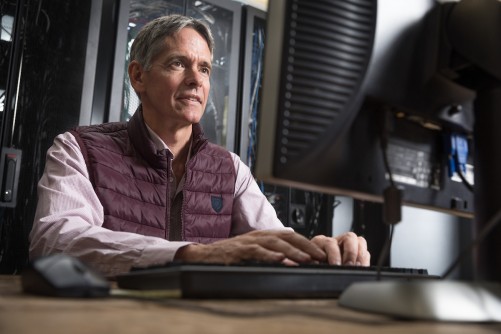 Newswise — The boreal forest, or taiga, is the largest terrestrial biome on Earth, extending across North America, Europe and Asia north of the 50th parallel. Representing nearly one-third of the world’s forest cover, the boreal forest plays a significant role in the planet’s biodiversity. Its coniferous spruce, pine and larch trees flourish in the long, severe winters and short summers of the subarctic climate. The forest is home to more than 300 species of animals, including bears, wolves, moose and millions of migratory birds. As global temperatures increase, particularly at high latitudes, this fragile ecosystem is facing drastic changes resulting from more severe forest fires and droughts.

Funded by nearly $2 million from the U.S. Department of Defense (DoD), researchers at Northern Arizona University recently launched a multi-year project to assess the resiliency and vulnerability of the boreal forest on DoD lands across central Alaska.

Professor Scott Goetz of NAU’s School of Informatics, Computing, and Cyber Systems (SICCS) is the lead principal investigator on the project, and professor Michelle Mack of NAU’s Center for Ecosystem Science and Society (Ecoss) is a co-principal investigator along with researchers from the Woods Hole Research Center and a private environmental research firm based in Fairbanks. The project, which represents one of the first collaborations between SICCS and Ecoss, will build on work the researchers have been doing for many years throughout the Arctic.

DoD lands provide an analog for the future

“The DoD lands have the highest rate of fire ignition in the region,” Mack said. “In addition to the changing climate, the way the military uses these lands—such as detonating munitions—also has an effect on the frequency and severity of fires. The DoD lands are a good study system because they provide an analog for what we might see in the future on non-military lands.”

The scientists will try to understand the long-term consequences of these fires, including how vegetation is changing in response to the hotter, drier environment. They also hope to forecast how habitats may shift over the next few decades.

The DoD lands, which include several bases as well as areas used for cold weather and mountain warfare training, are important resources for the military. The findings of the study will help the department adapt its land management practices to changing environmental conditions, better control fire on its land holdings and maintain its training facilities in the future.

The researchers will rely on multi-scale satellite observations and associated geospatial data sets and field measurements to assess the effects of climate change on the region, including data captured by NASA’s Arctic Boreal Vulnerability Experiment (ABoVE), a 10-year field experiment designed to understand the ecological and social consequences of environmental change in the Arctic.

“There is a substantial satellite remote sensing component to this project, which is important for capturing changes over the vast expanse of boreal ecosystems across Alaska,” Goetz said.

The project has four research objectives:

Mack will conduct her research next summer from her base in Fairbanks, taking several undergraduate and graduate students and postdoctoral researchers who will bring soil and plant samples back to the Mack Lab at NAU for analysis.

Having worked together for a decade, Goetz and Mack conduct related research as part of ABoVE. Goetz is the science lead of ABoVE, Mack a member of the science team and lead of the Wildfire Disturbance Working Group.

Mack joined Ecoss in 2014. A recognized leader in plant and ecosystem ecology, she studies how global climate change is affecting plant health and development. In addition to studying fire regimens in the boreal forests and the Arctic tundra of North America, her research includes analyzing thawing permafrost soils in Siberia, working with huge trees in the tropical wet forests of Costa Rica and Panama and studying savanna ecosystems in South Africa.

Goetz joined SICCS in 2016 and also is affiliated with Ecoss. He has conducted satellite remote sensing research for environmental science applications for 30 years, having organized and served on numerous working groups for the Intergovernmental Panel on Climate Change, the United Nations programs on Reducing Emissions from Deforestation and Forest Degradation and the U.S. Global Change Research Program.