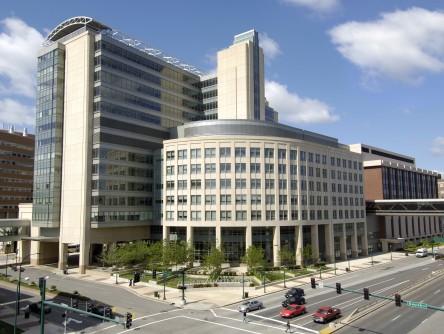 Newswise — The Siteman Cancer Center at Barnes-Jewish Hospital and Washington University School of Medicine in St. Louis is leading the fight against cancer through advances in genomic discovery and application, oncologic imaging and prevention.

Siteman has more than 350 Washington University physicians and investigators who treat about 8,000 newly diagnosed cancer patients each year. These faculty members hold approximately $170 million in annual research and training grants and serve as principal investigators for 300 therapeutic clinical trials, putting nearly 20 percent of new cancer patients on therapeutic clinical trials. Patient care is delivered at a main campus and three satellite facilities. In all, Siteman treats nearly 45,000 people per year, making it one of the largest cancer centers in the U.S.

In conjunction with Washington University’s Genome Institute – one of three large-scale federally funded genome centers in the United States – Siteman has pioneered a whole-genome sequencing approach to uncovering genetic mutations in cancer. In 2008, researchers at Siteman and the Genome Institute were the first to decode the complete DNA of a cancer patient, a woman with acute myeloid leukemia. They have since identified key mutations in leukemia, breast, lung and other cancers as well as potential diagnostic applications. For example, recent studies led by Siteman scientists found:

•Breast cancer patients with the HER2 negative subtype may benefit from highly effective and available anti-HER2 drugs even though standard tests don’t indicate they are candidates for the drugs. (More information) •Nearly 75 percent of patients with squamous cell carcinoma of the lung have mutations that can be targeted with drugs that are available commercially or for clinical trials. (More information) •Virtually all of the major mutations that drive acute myeloid leukemia. The findings pave the way for developing better treatments for AML based on the genetic profile of a patient’s cancer and could lead to ways to more accurately predict the severity of disease in individual patients. (More information)

In 2011, significant grants to Siteman resulted in the establishment of centers to study cancer proteomics and the connection between obesity and cancer. In addition, Washington University was chosen to create and host The Cancer Imaging Archive (TCIA), which makes millions of tumor images – and associated genetic data – available to researchers and the public.

Recent clinical milestones include the completion of 5,000 bone marrow or stem cell transplants. Washington University physicians performed more than 400 of these transplants in 2012, making Siteman one of the largest transplant centers in the country. In addition, construction of the new Kling Center for Proton Therapy is underway. The single-vault center will be the first to employ a compact superconducting synchrocyclotron to deliver treatment.

In addition to advanced treatment and research programs, Siteman pursues an active outreach program of cancer screening and education that involves tens of thousands of individuals. The center’s Program for the Elimination of Cancer Disparities (PECaD) aims to create a national model for reducing inequalities in cancer care. This includes programs to evaluate accrual of minority patients in the institution’s clinical trials.