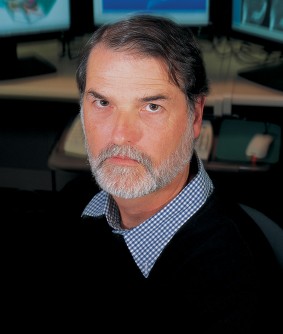 Newswise — John M. Boone, a UC Davis medical physicist and professor of radiology, has been awarded a $2.88 million grant from the National Cancer Institute to further develop and research computed tomography (CT) to detect breast cancer.

Boone is a pioneer in breast CT, working with a team of scientists and physicians for more than 15 years to develop the technology. His team has built four breast CT scanners, each with successive improvements in spatial resolution.

The project, “Breast CT: Final Steps to Translation,” will involve 400 women who have been identified through standard-of-practice methods to have suspicious lesions that require breast biopsy.

The study will make two comparisons. In the first, mammography will be compared to breast CT to determine which modality is better at detecting breast lesions that are ultimately proven to be cancerous. The study also will compare contrast-enhanced breast CT with contrast-enhanced magnetic resonance imaging (MRI). In contrast-enhanced imaging, the patient is injected with a contrast agent, which helps distinguish vascular tumors, such as those in the breast.

Boone said the goal of the first comparison is to evaluate if breast CT better is a better screening method for detecting lesions that turn out to be malignant.

“Because breast cancer can present as both soft tissue masses and as micro-calcifications, this means that our newest scanner needs to detect both better than digital mammography,” he said. “Only then will breast CT technology be able to improve breast cancer detection rates in women at normal risk for breast cancer.”

The second comparison aims to demonstrate that breast CT with contrast is more efficient to examine the breast than MRI, taking less time for both the patient and for diagnostic evaluation by the radiologist.

More than 300 patients already have undergone breast CT at UC Davis. Through a collaborative arrangement with the University of Pittsburgh, a UC Davis-designed breast CT machine has been used to scan an additional 300 patients. The research team has published nearly 50 papers on breast CT in the past 15 years.

“Our long-term goals are to show with our newest scanner that we can improve cancer detection rates in the screening population over that of mammography and tomosynthesis,” Boone said. “By increasing the performance of breast cancer screening in a practical and cost-efficient manner, we hope to move the standard-of-care to true 3D breast imaging in order to improve care and increase survival in women with breast cancer, and importantly to also reduce over-treatment of women with benign findings.”

In addition to Boone, co-investigators include Karen Lindfors, Shadi Aminololama-Shakeri and Tony Seibert, all of UC Davis, and Craig Abbey of UC Santa Barbara.