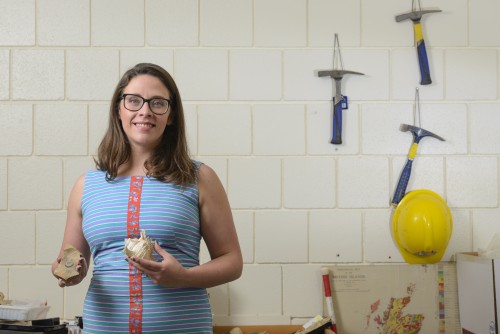 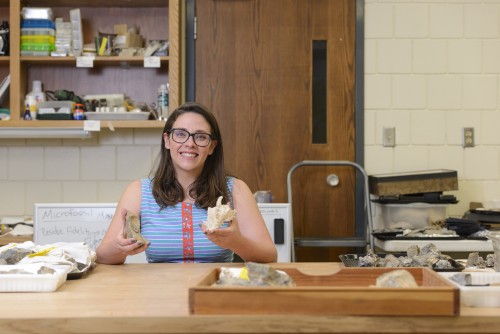 Newswise — A North Dakota State University assistant professor has received a national award that will bring more than $500,000 to the geosciences department and provide research opportunities for students.

Tackett’s research focuses on the paleoecology (the study of fossil animal and plant ecology) of shelled marine animals from the Late Triassic period, which occurred between 250 million and 199 million years ago when many of the first dinosaurs also appeared. The award of $512,000 will help fund Tackett’s study into how Late Triassic marine animals with shells adapted as shell-crushing behavior rapidly evolved in their predators.

Tackett’s study, titled “A Late Triassic Origin for Modern Marine Predator-prey Dynamics,” will focus on the role of predator-prey interactions in building modern ecosystems during a time of dramatic environmental change in the Triassic period. The research could help unlock the internal and external reasons for the physical features of predators and prey, helping scientists better understand when and why some marine life developed certain characteristics. During that period, many marine predators developed shell-crushing behavior, which forced prey to develop a defense or face extinction.

The study also will provide more detailed information to help scientists predict how the disappearance of predators might affect modern marine ecosystems.

“We’ll be carefully examining evidence about a topic not much is known,” Tackett said. “It’s very exciting to get students involved in that.”

She previously studied the topic on a smaller scale. However, the CAREER award will help fund two trips to New Zealand over the next five years to gather valuable new information on a wider variety of Late Triassic marine animals. Students will accompany her to New Zealand in 2018 and again in 2020.

Tackett said students will play a vital role in the research, and will come away with valuable knowledge that could help push them forward in geoscience research.

“The last time I brought an undergrad on a project he ended up developing his own research, presenting a poster, writing a manuscript for a journal and has since entered a doctoral program,” she said. “This type of work can serve a very important purpose for students.”

Tackett has been an assistant professor at NDSU since 2014. She received her doctorate in earth sciences from the University of Southern California, Los Angeles.

The National Science Foundation CAREER program recognizes and supports the early career-development activities of scholars who are likely to become the academic leaders of the 21st century. Recipients are choses on the basis of creative career development plans that integrate research and education within the context of their university’s mission.

Tackett’s research is funded by Award No. 1654088 from the National Science Foundation.