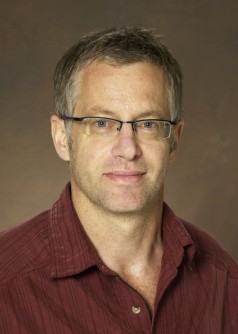 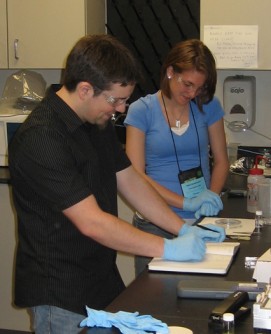 Newswise — A discovery by a research team at North Dakota State University, Fargo, and the National Institute of Standards and Technology (NIST), shows that the flexibility and durability of carbon nanotube films and coatings are intimately linked to their electronic properties. The research could one day impact flexible electronic devices such as solar cells and wearable sensors. The research also provided a promising young high school student the chance to work in the lab with world-class scientists, jumpstarting her potential scientific career.

The NDSU/NIST research team, led by Erik Hobbie, Ph.D., is working to determine why thin films made from metallic single-wall carbon nanotubes are superior for potential applications that demand both electronic performance and mechanical durability. “One simple reason is that the metallic nanotubes tend to transport charge more easily when they touch each other,” said Hobbie. “But another less obvious reason has to do with how much the films can flex without changing their structure at very small scales.”

There is great interest in using carbon nanotube films and coatings as flexible transparent electrodes in electronic devices such as solar cells. “Our research demonstrates that the flexibility and durability of these films are intimately linked to their electronic properties,” said Hobbie. “This is a very new idea, so hopefully, it will generate a new series of studies and questions focused on the exact origins and consequences of this effect.”

Such research could potentially result in material that reduces solar cell costs, and leads to the ability to use them in clothing or foldable electronics. Electronic devices currently on the market that require transparent electrodes, like touch screens and solar cells, typically use indium tin oxide, an increasingly expensive material. “It is also very brittle,” said Hobbie, “implying that it cannot be used in devices that require mechanical flexibility like wearable or foldable electronics.”

Single-wall carbon nanotubes show significant promise as transparent conductive coatings with outstanding electronic, mechanical and optical properties. “A particularly attractive feature of these films is that the physical properties can be tuned through the addition or subtraction of a relatively small number of nanotubes,” said Hobbie. “Thin films made from such materials hold tremendous potential for flexible electronics applications, including the replacement of indium tin oxide in liquid crystal displays and photovoltaic devices.”

Thin films made from metallic single-wall carbon nanotubes show better durability as flexible transparent conductive coatings, which the researchers attribute to a combination of superior mechanical performance and higher interfacial conductivity. The research team found significant differences in the electronic manifestations of thin-film wrinkling, depending on the electronic type of the nanotubes, and examined the underlying mechanisms.

The results of this study suggest that the metallic films make better flexible transparent conductive coatings; they have higher conductivity and are more durable. “Our results are relevant to a number of ongoing efforts in transparent conducting films and flexible electronic devices,” said Hobbie.

The research was supported by the National Science Foundation through CMMI-0969155 and the U.S. Department of Energy through DE-FB36-08GO88160.

The opportunity to work on such research was new to Anna Bernhardt, a high school junior from a town of 1,000 people in western North Dakota. She was among 66 of the most academically driven high school sophomores and juniors who attended a six-week intensive summer residential program on the NDSU campus for scholastically motivated students in the state.

Students receive concentrated instruction from 40 NDSU faculty through discussion groups, labs, field trips and other activities. The state of North Dakota funds the cost of participation for North Dakota students who are accepted into the program. It’s available free to public school students, while private and homeschool students selected for the program can make arrangements to attend for free through their local public school district.

While it is unusual for a young student to be involved in nanotechnology research at this level, it presented an opportunity for everyone involved. Bernhardt prepared single-wall carbon nanotube samples and participated in testing of the samples. “The experience of working in a research setting has helped me to decide that I would love to do more research in the future,” said the young scientist. “The biggest benefit of working in the lab was getting a taste of the true research experience. Without North Dakota’s Governor’s School, I would never have been able to have this experience and surely wouldn’t be so certain that I would like to do more research in the future.”

Students who participate in the residential summer science program at NDSU also present their research in poster presentations. “As a young student interested in science and engineering, it gives her a great start on her career,” said Dr. Hobbie. When she graduates from high school, Bernhardt plans to major in physics.

About NDSU’s Materials and Nanotechnology Graduate ProgramDr. Erik Hobbie is a professor in the Department of Physics and in the Department of Coatings and Polymeric Materials at NDSU. He also serves as director of NDSU’s Materials and Nanotechnology graduate program that offers students a unique opportunity to participate in interdisciplinary research. NDSU faculty from chemistry, civil engineering, coatings and polymeric materials, mechanical engineering, and physics contribute to the Materials and Nanotechnology program. Researchers in the program also collaborate with the Center for Nanoscale Science and Engineering at NDSU. Hobbie previously served as a senior scientist at the National Institute of Standards and Technology. He received his Ph.D. in physics from the University of Minnesota. www.ndsu.edu/materials_nanotechnology/

About North Dakota State UniversityNorth Dakota State University, Fargo, is notably listed among the nation’s top 108 public and private universities in the Carnegie Commission on Higher Education’s elite category of “Research Universities/Very High Research Activity.” As a student-focused, land grant, research institution with more than 14,000 students, NDSU is listed in the top 40 research universities in the U.S. without a medical school, based on research expenditures reported to the National Science Foundation. At the 55-acre NDSU Research & Technology Park, faculty, staff and students work with private sector researchers on leading-edge projects. www.ndsu.edu/research 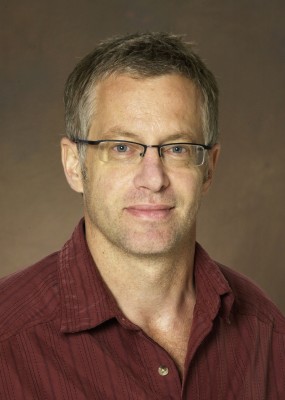 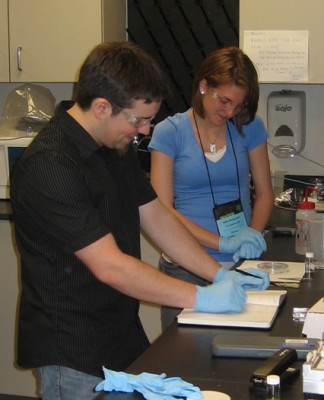