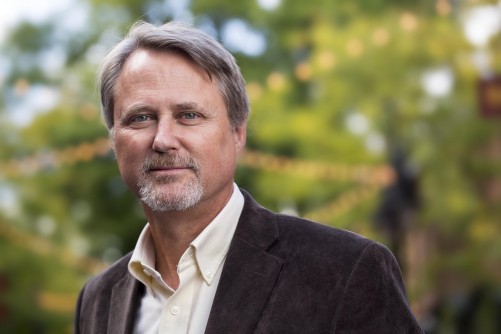 An estimated 9 percent of adults in the U.S. have a history of impulsive, angry behavior and have access to guns, according to a study published this month in Behavioral Sciences and the Law. The study also found that an estimated 1.5 percent of adults report impulsive anger and carry firearms outside their homes. Jeffrey Swanson, Ph.D., professor in psychiatry and behavioral sciences at Duke Medicine and lead author of the study, discusses the findings.

Newswise — DURHAM, N.C. – An estimated 9 percent of adults in the U.S. have a history of impulsive, angry behavior and have access to guns, according to a study published this month in Behavioral Sciences and the Law. The study also found that an estimated 1.5 percent of adults report impulsive anger and carry firearms outside their homes.

Angry people with ready access to guns are typically young or middle-aged men, who at times lose their temper, smash and break things, or get into physical fights, according to the study co-authored by scientists at Duke, Harvard, and Columbia universities.

Study participants who owned six or more firearms were also far more likely than people with only one or two firearms to carry guns outside the home and to have a history of impulsive, angry behavior.

“As we try to balance constitutional rights and public safety regarding people with mental illness, the traditional legal approach has been to prohibit firearms from involuntarily-committed psychiatric patients,” said Jeffrey Swanson, Ph.D., professor in psychiatry and behavioral sciences at Duke Medicine and lead author of the study. “But now we have more evidence that current laws don’t necessarily keep firearms out of the hands of a lot of potentially dangerous individuals.”

The researchers analyzed data from 5,563 face-to-face interviews conducted in the National Comorbidity Study Replication (NCS-R), a nationally representative survey of mental disorders in the U.S. led by Harvard in the early 2000s.

The study found little overlap between participants with serious mental illnesses and those with a history of impulsive, angry behavior and access to guns.

“Gun violence and serious mental illness are two very important but distinct public health issues that intersect only at their edges,” Swanson said.

Researchers found that anger-prone people with guns were at elevated risk for a range of fairly common psychiatric conditions such as personality disorders, alcohol abuse, anxiety, and post-traumatic stress, while only a tiny fraction suffered from acute symptoms of major disorders such as schizophrenia and bipolar disorder.

Fewer than one in 10 angry people with access to guns had ever been admitted to a hospital for a psychiatric or substance abuse problem, the study found. As a result, most of these individuals’ medical histories wouldn’t stop them from being able to legally purchase guns under existing mental-health-related restrictions.

“Very few people in this concerning group suffer from the kinds of disorders that often lead to involuntary commitment and which would legally prohibit them from buying a gun,” said Ronald Kessler, Ph.D., professor of health care policy at Harvard and principal investigator of the NCS-R survey.

Kessler, Swanson and co-authors reason that looking at a prospective gun buyer’s history of misdemeanor convictions, including violent offenses and multiple convictions for impaired driving, could be more effective at preventing gun violence in the U.S. than screening based on mental health treatment history.

As for those who already own or have access to firearms, the researchers suggest the data could support “dangerous persons” gun removal laws, like those in Connecticut and Indiana, or a “gun violence restraining order” law like California recently enacted. Such laws give family members and law enforcement a legal tool to immediately seize guns and prevent gun or ammunition purchases by people who show warning signs of impending violence.

In 2012, more than 59,000 people were injured by the intentional use of firearms, and another 11,622 were killed in violent gun incidents, according to the Centers for Disease Control and Prevention.

The Duke, Harvard, and Columbia analysis appears in a special issue of the journal Behavioral Sciences and the Law that focuses on mental illness and gun violence. The article presents the first national estimates of the number of people who have access to guns and who also have a history of angry, impulsive behavior, with or without a diagnosable mental illness.

In addition to Swanson and Kessler, study authors include Nancy A. Sampson, Maria V. Petukhova, and Alan M. Zaslavsky of Harvard; Paul S. Appelbaum of Columbia; and Marvin S. Swartz of Duke. The original survey used in the study, the NCS-R, is supported by the National Institute of Mental Health (U01-MH60220) with supplemental support from the National Institute on Drug Abuse, the Substance Abuse and Mental Health Services Administration, the Robert Wood Johnson Foundation (044780), the John W. Alden Trust, and the Elizabeth K. Dollard Trust. ###