Study: Hysterectomies are declining overall but alternatives to hysterectomy are still being underutilized 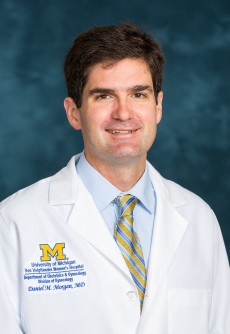 Newswise — ANN ARBOR, Mich. — A new University of Michigan-led study of nearly 3,400 women in Michigan shows that one in five who underwent a hysterectomy may not have needed it.

The findings, which appear in the American Journal of Obstetrics and Gynecology, indicate that alternatives to hysterectomy are being underused and that treatment guidelines are often not followed.

An estimated one in three women in the U.S. will have had a hysterectomy by the age of 60. Researchers found that although the numbers of hysterectomies are decreasing, nearly 18 percent of hysterectomies that were done for benign indications were unnecessary, and a pathology analysis for nearly two in five (38 %) of women under 40 did not support undergoing a hysterectomy.

“Over the past decade, there has been a substantial decline in the number of hysterectomies performed annually in the United States,” says senior author Daniel M. Morgan, M.D., associate professor in the Department of Obstetrics and Gynecology at the U-M Medical School.

More than 400,000 hysterectomies are performed in the U.S. each year. About 68% of surgeries for benign conditions are done because of abnormal uterine bleeding, uterine leiomyomata (fibroids), and endometriosis. The American Congress of Obstetricians and Gynecologists recommends alternatives to hysterectomy, including hormonal management, a minimally invasive gynecological procedure called operative hysteroscopy, endometrial ablation (a procedure that destroys the uterine lining) and use of an intrauterine device as primary management of these conditions in many cases.

Researchers set out to assess how often alternatives to hysterectomy are being recommended to women with benign gynecologic disease before performing hysterectomy and how often the pathologic findings from the hysterectomy supported an indication for surgery. They examined the medical records of 3,397 women who underwent hysterectomies for benign conditions in Michigan. Data were collected over a 10-month period in 2013 from 51 hospitals participating in the Michigan Surgery Quality Collaborative (MSQC). Indications for surgery included uterine fibroids, abnormal uterine bleeding, endometriosis, or pelvic pain.

Nearly two in five women under 40 (38%) had pathologic findings that did not support undergoing a hysterectomy versus those aged 40-50 (12%) and over 50 years (7.5%). The frequency of unsupportive pathology was highest among women with endometriosis or chronic pain.

Funding: The MSQC is funded by the Blue Cross and Blue Shield of Michigan/ Blue Care Network

Reference: “Use of Other Treatments before Hysterectomy for Benign Conditions in a Statewide Hospital Collaborative,” American Journal of Obstetrics & Gynecology.

American Journal of Obstetrics and Gynecology