Event highlighted concerns about policies that jeopardize patient health, research and the environment 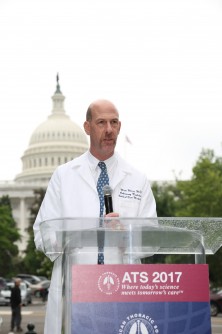 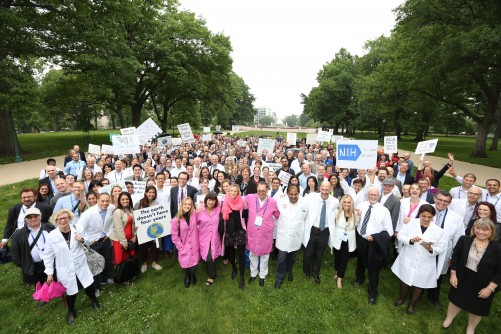 Rally participants gather near the Capitol.

Newswise — WASHINGTON, DC – May 24, 2017 – In an ATS 2017 International Conference first, respiratory health professionals and patients joined other conference attendees at a rally near the Capitol on Tuesday, May 23 to voice their concerns about recent policies that threaten to undermine many of the ATS’s advocacy priorities including:   research funding, tobacco regulation, affordable health care, and clean air. Also participating in the rally was U.S. senators Edward Markey (D-MA) and Tom Carper (D-DE).

Since its inception in 1905, the American Thoracic Society has consistently advocated for policies to support lung health as well as science findings that guide the professional community and improve patient care. ATS leadership, including newly appointed ATS President, Marc Moss, MD, joined a chorus of voices calling for continued support of scientific evidence in policy decisions.

“Science thrives in openness.  Science thrives on sharing and collaboration,” he said. “The annual ATS international conference that brought all of us here to Washington this week helps scientists from around the world share their science, ask probing questions, push the limits of scientific creativity, and move the field forward.”

David Gozal, MD, MBA, immediate-past-president of ATS, rallied the crowd of nearly 500, calling the research cuts and deregulation deeply personal:  “I assume that many of you, deep inside, feel anxious by the political forces that are at work in the world today.  If it feels personal, it really is, and you should get personally involved!”

For patient advocate Teresa Barnes, research cuts are deeply personal: “My goal is to make sure that she [my daughter] never knows that [her risk of developing pulmonary fibrosis is 50-50].” Patients, their loved ones, and threats to the health of all Americans are the reasons ATS organized this show of strength.

As Polly Parsons, MD, vice president of ATS made clear, “We rally because we have to…We share a growing anxiety that science in general and our field in particular is being dismissed in the halls of power.”

Sen. Ed Markey (D-MA), a tireless advocate for clean air policy was warmly received by the crowd. In introducing the senator, Mary Rice, MD, MPH, a member of ATS’s Environmental, Occupational and Population Health Assembly, noted:  “He knows what is at stake when industry and their allies try to delay or roll back essential EPA clean air public health protections…”

Sen. Tom Carper (D-DE) reminded the crowd that they are the most effective lobby. "Thank you for speaking truth to power." 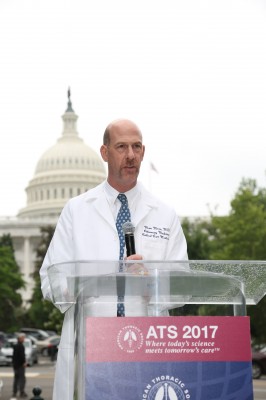 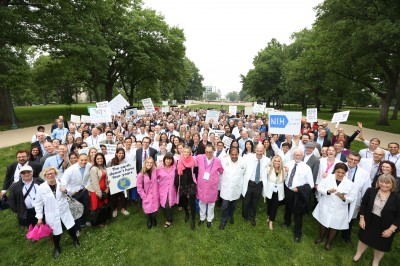